Law enforcement sources directly connected with the death of DJ AM tell us that his death was the result of an accidental overdose and not a suicide -- and there is a tragic, ironic twist of fate.
Our sources say DJ AM, a recovering addict, developed a dependency to Xanax and other benzodiazepines (a group of drugs used to treat anxiety) as a direct result of the plane crash a year ago. We're told AM (aka Adam Goldstein) developed a tremendous… Continue

A contestant on a Pakistani reality TV show drowned while performing a challenge for the programme, a spokeswoman for the show’s sponsor said on Sunday.
Saad Khan, 32, was swimming across a lake while wearing a 15lb (7kg) backpack when he called out for help and then disappeared underwater, according to Fareshte Aslam, the information officer for Unilever Pakistan, the as-yet unnamed show’s sponsor. Horrified co-contestants and crew rushed to try… Continue

Drake Vs Kardinal Offishall - Drake's Bitin'?? Who's To Blame? [Compare Inside] 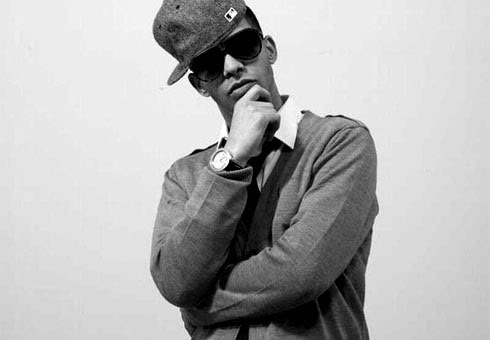 Seems as if Boi-1da, the producer behind Drake’s four-headed monster “Forever,” had previously given the same beat/hook combo to Kardinal Offishall, for his 2008 collabo with Rock City, “Bring It Back.” Actually, upon researching Kardi’s song, the production credit goes to Konvict Music, whatever that means. Either way, someone botched this one up big time, because when you’ve got a record with Em, Yeezy, Drake and Wayne on it (which is featured on a… Continue

By Nolan Strong The life of Harlem rapper Lamont “Big L” Terry will be told via a new documentary titled Street Struck: The Big L Story.

Produced by Dangerzone Films, Street Struck takes a look at Big L’s rise, from his early involvement with groups like Children of Da Corn (featuring Mase, McGruff, Bloodshed and Cam’ron) to his role as a member of the legendary Diggin In The Crates collective of rappers and… Continue

By Ismael AbduSalaam Although 50 Cent was unable to get clearance for his Family Day in Queen’s 40 Projects, the G Unit mogul achieved another goal in hosting a benefit concert on Saturday (August 29) for the schoolchildren of New York’s PS-30.

The show took place in front of the invite-only crowd at New Jersey’s Six Flags.

In between songs, 50 explained the importance of reaching out to kids from his native… Continue

News: Lil Boosie Claims He's Public Enemy No. 1, "I'm A Target Down There & Not Even A Convicted Felon"

Southern rapper Lil Boosie recently spoke on his current trials and tribulations with the Louisiana justice system, which has accused him of bribing a police officer, and said he is a targeted citizen in his own hometown.
Speaking with radio personality Angela Yee, Boosie broke down his issues with the Baton Rogue police department.

"I got a tracking device on, I got a big trial September 28," he said. "I'm just staying focused, you know… Continue

News: 50 Cent Fires Back At "Family Day" Security Issues, "I Was Trying To Do Something Good" [Video]

50 Cent has aired out his issues against the New York police and security issues which reportedly led to his Family Day cancellation today (August 30) and said he was not the reason why the publicized event did not take place.
Speaking with fans at his Great Adventures concert Saturday afternoon, the G-Unit leader said the show's cancellation was out of his control.

"I was trying to do something good," Fif told the crowd. "So as a kid, I… Continue

Fabolous, who recently debuted at No. 1 with Loso's Way, has announced plans to release an upcoming double disc mixtape with DJ Drama and DJ Clue.

Selecting two of the biggest names from Atlanta and New York City, Fab revealed what fans could expect from the forthcoming project.

"We're working on [a mixtape] now," Fab revealed in an interview. "We're actually going to be with DJ Drama, it's a double disc with DJ Drama and DJ Clue. It's gonna be a Gangsta Grillz on one side… Continue

News: Jay-Z Outlines Case For "Greatest Rapper Alive" Status, "I Don't Say That Outta My A**"

Jay-Z recently pleaded his case for rap supremacy, proclaiming himself the best rapper-- without exception--based on his set of accomplishments.
Featured on the upcoming Ocotober 2009 XXL Magazine, Hov also challenged other emcees to compare their "stats."

"But when I say I'm the best, I don't say that outta my a**," Jay said in the interview. "I say that with all my stats behind me. I put that against anybody. I mean anybody. I really… Continue

D-Block's Jadakiss has confirmed reports of a drug raid at his Yonkers, New York apartment, which was followed by two arrests, by police last week.
Kiss denied being at the home when the drug bust took place and has reportedly not visited the apartment for months.

"What happened on Saturday was an unfortunate situation, but one in which I have no involvement in," Kiss said in a statement sent to SOHH. "Since the release of my recent… Continue

News: Yung Berg Explains Silence After Maino Fight, "My Management Was Telling Me Don't Speak On It" [Video]

Yung Berg recently spoke on the controversy surrounding his publicized dispute with Maino last year and said despite being assaulted by the rapper, both emcees have since spoken and have no problems.
Speaking with hip-hop personality DJ Vlad, Berg admitted to being slapped by the rapper in an Atlanta nightclub last fall.

"Me and him, we rocked hard, we was on a lot of tours together" Berg said in an interview. "It is what it is...I never… Continue Mixtape] Lil Scrappy - The Shape Up New mixtape from DTP's Lil Scrappy hosted by Don Cannon and DJ Infamous. This one is called "The Shape Up". Download link and tracklisting after the jump!
Download: Lil Scrappy - The Shape Up Jamiaca, Queens-native 50 Cent is secretly planning to put on a free show near his hometown, but authorities and residents fear it will bring violence and gunplay to the neighborhood.
The New York Post reports that the concert will take place near the Queens projects where Fif almost lost his life before signing to Shady/Aftermath. “We can’t control the area,” one law-enforcement source told the paper.

Drake needs to decide if he’s a total badass who’s too good for a record deal, or if he’s just another pussy who takes orders from the TIs. There is no in between.

Philadelphia rapper Beanie Sigel was arrested and charged with marijuana possession in New Jersey, early Sunday morning (August 16) reports the Burlington County Times.
According to the paper, Beans was on his way to perform at a private event at local tavern, Kelly’s Bar, at 12:44 a.m. on Sunday when he was stopped by authorites for possession of under 50 grams. Two other men, Karl S. ,Dargan and Justin S. Gaines, were also charged. None of the… Continue

Beyonce Talks About Her ‘Butt’ 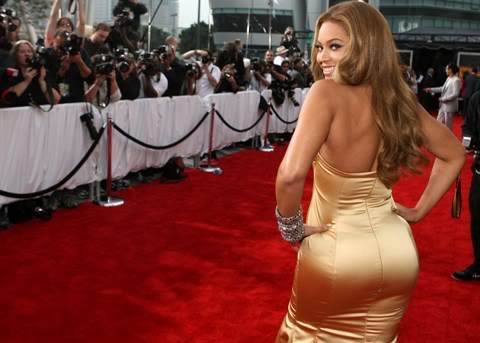 MTV UK Reports
Beyoncé has said she works hard to keep her famous bottom in shape and said she sometimes doesn’t like her curves.

The gorgeous singer explained: “I guess my butt is natural. But I go through stages like every woman. I like being curvy but sometimes I get curvy in the wrong places.”

“After New Year I do stairs - they are the best thing for butt cheeks. Every January I'll start working out. I'll do that for three… Continue

By Ismael AbduSaalam
With former T.I. protégé vehemently denying accusations that he was a late 90’s informant, the website Smoking Gun has released further damning evidence against the Georgia rapper.

In May, the Smoking Gun first published reports that Alfamega, real name Cedric Zellars, testified in 1996 against Georgia drug dealer Ali Baaqar in exchange for receiving 18 months off his 9 year prison… Continue

Tony Hansberry II isn't waiting to finish medical school to contribute to improved medical care. He has already developed a stitching technique that can be used to reduce surgical complications, as well as the chance of error among less experienced surgeons.
"I've always had a passion for medicine," he said in a recent interview. "The project I did was, basically, the comparison of novel laparoscopic instruments in doing a hysterectomy… Continue