Sources are reporting that Jennifer Hudson and her fiance David had a baby shower over the weekend in their hometown of Chicago. According to the Tribune:

“It was a baby shower, a quiet gathering of friends and mostly family,” singer/actress Felicia Fields, a longtime Hudson friend, said of Saturday’s get-together in a relative’s home. “They’re really trying to keep it kind of quiet.”

Supposedly she’s about 7 months along (her… Continue

On several occasions, we’ve brought you guys pictures and information on the Nike Air Force 1 - LeBron James, and now have detailed pictures to bring to you guys. Via. KicksOnFire.comThey sport a black/black-varsity red-neutral grey colorway, and are constructed from a black leather. Other features include 3M material on the quarter panels and toebox which sport a mesh overlay. Finishing off the shoes are the white sole, which definitely grab your eyes… Continue

In light of Big L’s birthday (he would have been 35) yesterday, DJ Soul has put together this nice mix of unreleased tracks, freestyles and rarities from L. May he continue to Rest In Peace. It’s bee…

In light of Big L’s birthday (he would have been 35) yesterday, DJ Soul has put together this nice mix of unreleased tracks, freestyles and rarities from L. May he continue to Rest In Peace. It’s been 10 years already. Take a time out of your day and remember one of the greatest to do it on the microphone. Put ya L’s up.. Tracklist and link after the jump.

nas a no show in canada

By Ismael AbduSalaam
Never one to disappoint his loyal fans, Queensbridge legend Nas has broken his silence about his no-show at a highly anticipated concert in Torbay, Newfoundland, located near the provincial capital St. John's.

This past Thursday (May 28), several fans were arrested after a mini-riot erupted due to Nas not making it to the venue after months of build-up.

According to Nas, the problems began as soon as he stepped off the plane. 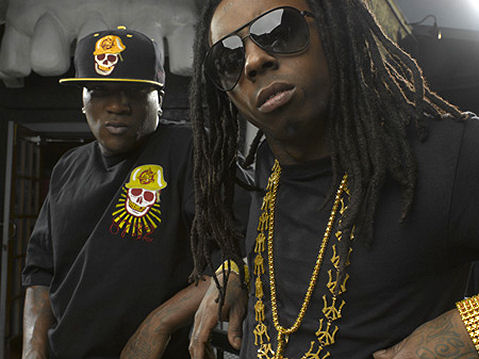 Jay-Z & Eminem Will Take Part In A Video Game Based On, “Guitar Hero,” Entitled, “DJ Hero”

The upcoming DJ Hero video game just landed two heavy hitters as MCs: Jay-Z and Eminem.
Both rappers are bringing their music to the newest offshoot of Activision's successful $2 billion Guitar Hero franchise. The game, played with a turntable-shaped controller, is due out this fall for PlayStation 3, PS2, Xbox 360 and Wii (no price or rating yet).

BLOG: Follow the industry in Game Hunters
A limited edition comes with the rappers'… Continue


Find more photos like this on My Fabolous… Continue

May 28, 2009. Remember last year when Jay Z supposedly signed a $150M deal with Live Nation. Well, MediaTakeOut.com is hearing that the deal may fall apart before it even started.

What happened you ask?? Well word on the street is that the deal was never “officially” consummated – meaning the contracts were never signed - and now the peeps over at Live Nation are looking to back out of it.

And there may be something to the… Continue

ANOTHER EXCERPT FROM THAT HOOPZ TAPE ... THIS TIME THEY'RE DOING IT TURTLE STYLE!!!

May 28, 2009. Well, you knew there'd be more - and here it is. MediaTakeOut.com just got its hands on ANOTHER excerpt from the Hoopz tape. And it sounds like dude hit a bad spot for a sec ... chris is starting to open up

On Tuesday night (May 26), Brown, who celebrated his 20th birthday earlier this month, made direct contact with his fans globally for the first time since he allegedly attacked then girlfriend Rihanna in early February.

During a bowling game, Brown revealed that he is currently… Continue

C-Murder To Be Sentenced To 10 Years

By Houston Williams Rapper C-Murder has pleaded no contest to attempted murder charges.

The rapper, whose real name is Corey Miller, plead out to two counts of attempted second-degree murder will be sentenced to 10 years in prison in a deal with the state at the recommendation of the prosecutor.

Miller will also receive credit for time served in jail since August 2001. RECESSION SPECIAL!! CRAZY DISCOUNT … 92% OFF MEALS AT TOP RESTAURANTS IN NYC, LA, ATL, MIA PLUS MORE!!! … GET IT QUICK BEFORE THE LINK GOES DEAD!!!

But we got an ADDITIONAL coupon. If you go to the site and enter the code SPECIAL at checkout - you'll get an additional 80% off. That makes a total of 92% off your dinner - i.e. a $100 gift… Continue

SHOCKING REVELATION: BEYONCE ADMITS THAT JAY Z'S JEALOUS … CLAIMS THAT JIGGA DIDN'T LIKE THE KISSING SCENES WITH IDRIS ELBA!!! (EXCERPT FROM INTERVIEW INSIDE)

718unlimited.com has told you about Jay Z’s jealous ways. Now, finally, Beyonce’s admitting to it. Here’s how the interviewers at the UK’s Glamour magazine read Beyonce:
Actually, she does not want to talk about her marriage, but when we ask about the kissing scenes and bed scenes with "hottie" Idris Elba in "Obsessed", her eyes and attitude show a clear "YES" - that Jay didn’t like the scenes at all.

She then states very… Continue

WARPATH!!! RIHANNA REPORTEDLY THREATENS TO BURN DOWN CHRIS BROWN'S HOUSE … AND TALK ABOUT HOW WEAK HE IS IN THE BEDROOM!! (EXPLOSIVE DETAILS INSIDE)

May 27, 2009. MediaTakeOut.com just got ahold of an EXPLOSIVE report. According to our peeps over at Star Magazine, Rihanna is convinced that it was Chris Brown who leaked the nude pics of her to the internet. And now she’s vowing to get even.

So what does she plan to do, you ask? Well here’s what they’re saying:
At first, Rihanna 21, was so furious, “she was saying crazy things like, ‘I’m going to burn down his house!’ … She [also] says… Continue