"It's gon be some sh*t man [if I see him in the street]," Link promised in an interview. "Yeah, not that I want to put it out there like that, 'cause you know. It's… Continue

News: Jim Jones Deads Mase Beef, "I Apologize For Everything I Did" [Audio]

Byrd Gang leader Jim Jones has officially ended his rap dispute with Mason "Mase" Betha and promised his past verbal assaults were due to his age.
Speaking in a phone interview with DJ Self and Mase, Jones extended his hand to the former Bad Boy rap star.

"What's good Beth, what's poppin'," Jones asked in a phone interview towards Mase. "How you feeling? Hey man, that's what's up, I just wanted to tell you I tip my hat to you. I… Continue

In addition to his reaction, Santana also took a few shots at Jigga via Twitter.

"i take nothin away from Jay-Z," he wrote. "i dont wanna sound like a Hater but his swagger was on Zero yesterday. & i just heard thru the grape vine that Jay-Z said he would not Perform if Chris Brown was gonna perform..… Continue

News: Mase Talks Rap Comeback, "Mike Passed Away & It Just Lit The Fire Up Under Me" [Audio]

Former Bad Boy rap star Mase has explained his comeback into the hip-hop spotlight and credited the passing of Michael Jackson as the motivation he needed to pick up the mic once again.
Speaking with radio personality DJ Self, Mase also hinted at making more music and explained why he released a remix to Drake's "Best I Ever."

"I'm just excited man," Mase said in an interview. "I'm excited. Mike passed away, it just lit the fire up under… Continue

Vibe magazine, the urban-music magazine founded in 1993 by Quincy Jones, is the latest victim of the media recession. Multiple sources both within and outside the magazine confirmed that it is shutting down.
Reached for comment, chief financial officer Angela Zucconi said, "We will be making a statement by the end of the day. That's all I can say at this point." She referred further questions to CEO Steve Aaron, who was not immediately available.… Continue

EXPLOSIVE RUMOR!!! RAPPER DRAKE GOT ROBBED BY GOONS … THEY STOLE HIS JEWELRY … AND LEFT HIM BARELY ABLE TO WALK!!!

June 30, 2009. Rapper Drake got a dose of HARSH reality on what it's like to be a celebrity rapper. According to one of MediaTakeOut.com's snitches, goons allegedly got at Drake on Friday night.

Word on the street is that Drake didn't have security when he was out at one of the BET Awards pre-parties and the wolves noticed.

And MediaTakeOut.com heard whispers that when he left the club - he was attacked and relieved of his… Continue

TROUBLE IN PARADISE???? JAY Z AND BEYONCE REPORTEDLY STAYED IN SEPARATE HOTELS DURING THE BET AWARDS!!! (DETAILS OF THEIR ODD ARRANGEMENT INSIDE)

Could there be trouble in paradise??? Well MediaTakeOut.com learned that during the BET Awards, Beyonce stayed in a suite in the Los Angeles Four Seasons - the same hotel where her parents stayed.

And where was Jay Z?? Well according to a MediaTakeOut.com snitch, he was across town at the Bel Air - with a luxury suite of his own.

Ummmm ... what is up with these… Continue

Lots of folks are feelin' this on the Internets. Need to give it a listen. Download here. Tracklist after the jumpy-jump.
DOWNLOAD--ANTICIPATION 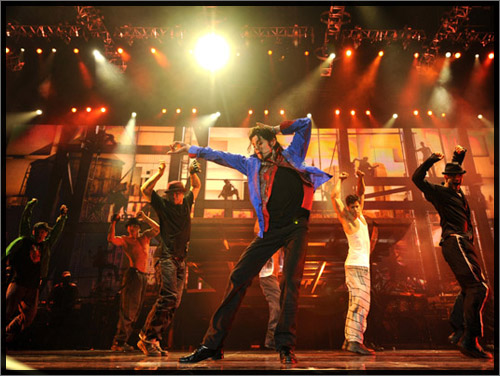 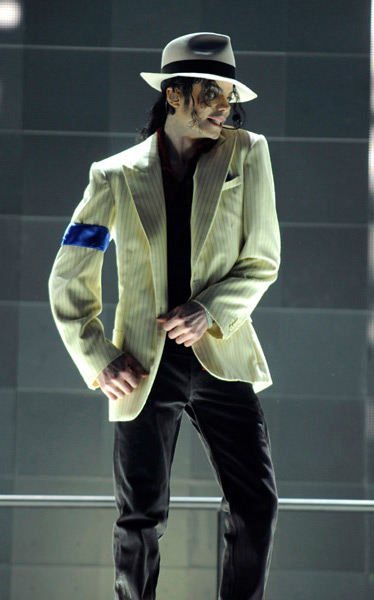 Just two days before he died, Michael Jackson practiced his moves during a rehearsal at Staples Center in L.A. for the London concerts.

These images were taken of Michael Jackson on June 23, 2009 at the Staples Center during rehearsals for his upcoming 50-date concert engagement at the 02 Arena in London. 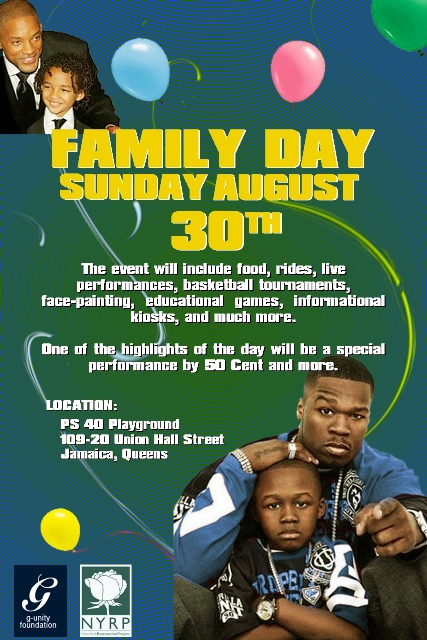 Sunday, August 30th 2009, the G-Unity Foundation, in partnership with New York Restoration Project (NYRP), is hosting a day-long neighborhood celebration for the people of Jamaica, Queens. This year, "FAMILY DAY" will be taken to the next level, courtesy of one of Jamaica's own: Curtis "50 Cent" Jackson.

50 Cent and the G-Unity Foundation have come together with NYRP to focus the "FAMILY DAY" Celebration on healthy living. The event will… Continue The latest sneaker from Jordan Brand’s ‘hate it or love it’ Fusion line is the Air Jordan Fusion 4 (IV), which meshes key elements of the Air Jordan 4 with the overall shape and mid-sole of an Air Force 1. Pictured here is the “Mars” colorway that features a white leather upper with varsity red accents seen on the mid-sole, tongue, and lace holes, while black accents are visible via the inner lining, heel, mid-sole stripe, and wings. This style of the… Continue From BallerStatus.com -- He turned himself in on a second-degree murder charge early last week, and then a few days later, rapper Tru Life pleaded not guilty to the charge.

According to a report from the Miami Herald, the rapper (real name: Robert Rosado) was also charged with gang assault and is currently being held without bail.

In an interview with The Omaha-World Herald, Nasir says Aubrey is two parts hydrogen, one part oxygen.

So who is that guy for you? Who are you listening to?
Drake and always Scarface.

Why?
Drake is new. (He's a rapper from Toronto.) He's here to show anybody who questions him that he'll get at you. He's like fresh water right now on dry land. Scarface is the realist rapper. He's the most musically serious, besides Kanye… Continue

EXPLOSIVE RESULTS!! THE INITIAL FINDINGS OF MICHAEL JACKSON'S AUTOPSY ARE IN … AND YOU'RE NOT GONNA BELIEVE WHAT THEY FOUND!!!

June 29, 2009. MediaTakeOut.com just got hold of the pathology results from Michael Jackson’s SECOND autopsy – performed by the family’s doctor. Here’s what was found – courtesy of the UK’s Sun:

Pathologists found his stomach empty aside from partially-dissolved pills he took before the painkiller injection which stopped his heart. Samples were sent for toxicology tests.

LOST virtually all his hair. The pop pin-up was wearing… Continue

Here goes another track off the new 50 Cent mixtape, Forever King, dropping on July 3rd.. And I don’t believe Forever King is the follow up to Sincerely Yours Southside, I believe that project is a whole different project and 50 is just putting this one out before that one..
DOWNLOAD--IM PARANOID For all of you Nike Air Max 95 fiends out there, you’ll be happy to know that Nike has plans to reissue the shoe in Spring of 2010 in the Nike AM95 “Neon Pack.” The collection features the Air Max runner, a crew neck sweater, a graphic tee, and a neon/grey/black hoodie. The Nike Air Max 95 is scheduled to drop at Swoosh accounts worldwide in the Spring of 2010.…

Who Looked More Bangin?? Bey vs. A. Keys

Look Who Showed Up…

Dayummm, ya’ll know Tyra’s ass was lookin thick as hell at the BET Awards this year!!! Pop it for waaaaay more…