CHILLLLLLLD!! GUESS WHICH R&B SINGER APPEARS TO HAVE STARTED UP AN ACCOUNT ON A GAY CHAT SITE (SCREEN SHOTS FROM HIS ALLEGED ACCOUNT)

G-Unit leader 50 Cent has announced dates for his upcoming 50th Law book tour with author Robert Greene.
The five-date tour will kick-off before and after the book's release in September.

News: Lil Wayne's "Rebirth" Delayed Again, "When It's Perfect You Guys Will Receive It"

Lil Wayne's highly anticipated Rebirth album has reportedly been pushed back to this fall and will be released when it has reached "perfection."
Rebirth contributor Shanell announced the pushback and weighed in on the overall delay.

Grammy-winning rappers Lil Wayne and T.I. have reportedly been chosen to add their raps to Kid Rock's upcoming album.
In addition to Tip and Weezy, the rocker has also chosen Rick Rubin to produce for his forthcoming release.

Rock was planning to follow-up 2007's triple-platinum Rock N Roll Jesus this fall but, as previously reported, has decided to take the project to producer Rick Rubin, which will likely mean a 2010 release. The two… Continue

News: Inspectah Deck Pulls Back From Joe Budden Battle, "I'm Not Saying Nothing Else To Dude" [Video]

Inspectah Deck recently addressed his Joe Budden diss record "House N*gga" and explained why he will fall back from further verbal jabs for the time being.
Speaking with radio personality Angela Yee, Deck explained the before-and-after effects of his unexpected diss record.

"Son had a right to say what he said about the list," Deck said in an interview. "[Method Man] publicly said he didn't wanna battle, 'Yo I'm acting, raising my kids,… Continue

News: Prodigy Announces Autobiography Plans, "It's Coming Out The Same Day That I Get Out"

Incarcerated rapper Prodigy has announced plans to ink an autobiography and said the book would be released on the same day he is let out of jail.
Writing via a blog entry, P explained what fans could expect from the forthcoming project.

"I HAVE AN AUTOBIOGRAPHY COMING OUT THE SAME TIME THAT I GET OUT AND I DECIDED TO SAVE MY BEST KNOWLEDGE AND INFORMATION FOR MY BOOK," he promised. "IF I LET IT ALL LOOSE IN THESE BLOGS THEN IT WOULD… Continue

News: Max B Checks The Game's Waves, "All That Male Stripper Sh*t, I'm Not Co-Signing" [Audio]

Incarcerated rapper Max B recently updated fans on his well-being behind bars and called out The Game's recent usage of "wavy."
Aside from taking shots at Jim Jones' fiancee Chrissy, Max questioned The Game's recent slang which he claimed ownership to.

"I don't even listen to the radio man," Max said in an interview. "I just sit in my cell...All that male stripper sh*t man, I'm not co-signing that. N*ggas is using my slang, I hear a lot… Continue

none other than DJ Clue to bring you the latest installment in the NMC mixtape series and give you R&Yeezy. Best believe there will be more of these. As a matter of fact, the next 5 are on deck so it’s just a matter of time til Splash delivers, again. (ll)
DOWNLOAD----NMC x DJ Clue x Kanye West – R&Yeezy… Continue

Oh No… Member of The Beastie Boys Has Cancer! from WWW.718UNLIMITED.COM

718UNLIMITED has just learned that the Beastie Boys will be postponing their up coming tour Hot Sauce Committee Part 1, after learing that a cancerous tumor was found in band member Adam “MCA” Yauch.
With the tumor being found early on it can be treated with surgery and several weeks of treatment. Although the tumor doesn’t impact Yauch’s vocal chords at all his other group members want for him to focus on staying healthy and recovering. As of now… Continue

News: Alfamega To T.I., "Tip Knew What I Had Been Locked Up For" [Video]

Former Grand Hustle associate Alfamega recently responded to T.I.'s past statements about his criminal background and denied he ever worked for the Drug Enforcement Agency. Click here to find out more!

Speaking in an interview, Alfa expressed the public's perception of him as a "snitch."

"Am I snitching in the hood," he asked laughing. "It's like people say I can't go back in the hood, when I heard that I was in the hood. They… Continue

In this week's Sales Wrap, Maxwell makes his long-awaited return atop the competition, Eminem sticks to No. 9, Jamie Foxx croons past a million and new releases from The Alchemist and Michael Jackson hit the charts.
Click here to find out more!

Maxwell's return to store shelves led the pack this week as Black Summer's Night debuted at No. 1. According to Nielsen Soundscan, the singer's latest effort pulled in 316,500 copies in seven… Continue

News: Joe Budden Apologizes W/ Warning, "Any One Of Them N*ggas Say Something, The Peace Treaty Is F*cking Over" [Video]

Joe Budden has broken his "No Comment" rule and decided to bury the hatchet and issue a truce concerning his past Method Man rap challenge but warned all involved to let it rest. Click here to find out more!

Moving past Mef, Budden said he was focused on continuing the Rock The Bells tour but will be prepared for anyone who calls him out.

"I really am sorry for the Method Man initial move," Joey said in a video. "When I say I'm… Continue

Last week someone hacked into Twitter's system and distributed hundreds of confidential memo's from upper management at the company. Among the celebs that were discussed - Oprah, Shaq, and Diddy, but only Diddy was singled out and disrespected. In a memo from a high level meeting at the company, the following was discussed about the Rapper/Mogul and these observations were made:
Diddy not so Strategic

Jay-Z Gives Advice To The New Generation Of Rappers FROM:WWW.718UNLIMITED.COM

So Jay-Z took his time, and let his hair grow out -- as he usually does when he's in the studio -- and came back with collaborations with producers Kanye West, No I.D. and Timbaland, as well as musician contributions from MGMT, Drake, Mr. Hudson, Rihanna and Kid Cudi. (As of now, there are no collaborations with Beyonce, although he doesn't rule out the possibility.)
The album's first single, "D.O.A. ("Death of Auto-Tune)," entered the Billboard… Continue 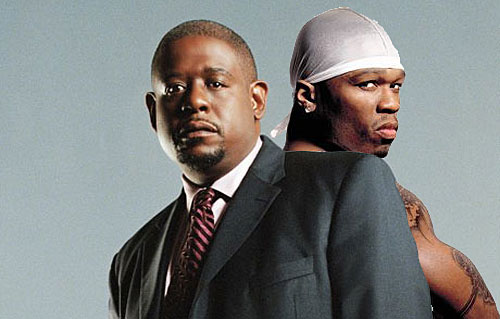 MTV reports:
It's one of the most bizarre — and secretive — projects in the worlds of hip-hop and Hollywood. Ever since it was first announced, it has raised more questions than answers. But now, 50 Cent is finally ready to talk about his monstrous turn in a modern-day "Dr. Jekyll and Mr. Hyde" film.

"That one's coming up soon," Fif told us this week, excited about the first horror film of his young acting career, which he starts… Continue

AROUND THE WAY GIRL OF THE DAY :Koi FROM-WWW.718UNLIMITED.COM

She's been featured in a few high visibility locations as of late, and we thought we'd give our viewing audience some of the imagery that is causing a bit of a stir on the web right now. Meet Houston's very on Koi, up close and personal.

By Roman Wolfe
Rapper Foxy Brown and R&B singer Toni Braxton are the latest celebrities to run afoul of the Internal Revenue Service.

Of the two, Brown owes the most, as the IRS is seeking $641,558 in federal taxes due to the state of New York.

A tax lien was filed against Brown in June for taxes owed as far back as May of 2003.

A tax lien was issued against the Brooklyn emcee… Continue

Jones is slated to take the stand as a star witness for the prosecution during the attempted murder trial of Arvin Edwards.

Edwards is accused of shooting three people in 2007, after Jones… Continue