Will I. Am Says He Will Not Leak Material Recorded With Michael Jackson 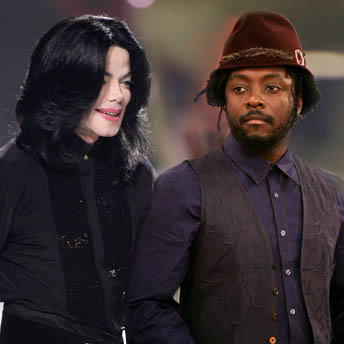 will.i.am has revealed that he has no plans to "leak" the new material he recorded with Michael Jackson. The Black Eyed Peas singer insisted that he is not interested in cashing in on the demand for Jackson's music since he passed away last week.

"I don't know what I'm going to do with the songs but I won't leak them or give them to another artist," he told the Daily Star.

The rapper, who previously remixed the late King Of Pop's… Continue

By Roman Wolfe
Representatives for R&B singer R. Kelly have responded to recent media reports claiming the singer was involved in another scandal, this time allegedly with a 17-year-old girl.

Reports had stated that the singers home in Olympia Fields, Illinois had been raided the day before Kelly’s first ever tour of Africa.

Police were allegedly seeking a girl who was 16-years-old at the time, who… Continue

|AUDIO|: Rick Ross – Best I Ever Had (Freestyle)

Rick Ross – Best I Ever Had (Freestyle)

Ne-Yo is the Lil Wayne version of unreleased R&B tracks. Never will this end.
Ne-Yo – Hello My Name Is Revenge

Was Usher two-faced? Tameka thinks so Hmm…this is kind of tacky. Not surprising though. Usher’s soon-to-be-ex-wife says she was totally blindsided by his divorce filing….and that contrary to reports, they were still having…err…relations…just 6 days before the divorce news broke.

“Tameka Raymond, 38, disputes Usher’s claims the couple have been separated since July 2008. She said in court documents filed Monday in Fulton County Superior Court that she “had every reason to believe… Continue

There really isn’t much to say as most people will lose the ability to read just because of the title of this post. Via. KicksOnFire.com In all actuality there is no need to go through the design of the shoe as if you are on this site you are completely aware of what the Infrared VIs look like. My heart goes out to those who have paid extreme prices for these between 2001 and now. Retros are great for those who missed out on the shoe but terrible for… Continue