Late rapper Roderick "Dolla" Burton's mother has spoken on her son's legacy and how plans have been placed in motion to have his debut album released on Akon's Konvict Music label.
Click here to find out more!

While admitting she was never too close to his content, Dawnee Robinson said her son was on the road to stardom.

"I've never been allowed to hear his music until a few days before release, so with that being said, from… Continue

Grammy-winning singer Alicia Keys has decided to add a hip-hop element to her upcoming The Element of Freedom album by securing guest slots from Drake and Jay-Z.

Along with Jay and Drizzy, Keys has also enlisted Hov's wife, Beyonce Knowles.

Earlier this month, Alicia Keys said since her album, The Element of Freedom, was pushed back from Dec. 1 to Dec. 15, she used the additional time to work on possibly "the most exciting… Continue

Rihanna's "Rated R" Projected To Sell 200K In First-Week, May Miss No. 1 Spot

Grammy-winning singer Rihanna's Rated R will reportedly debut next week with estimated sales of around 200,000, based on one-day projections.

While the numbers are still being calculated, RiRi is likely to debut behind reality television star Susan Boyle.

That's right, folks, the team of Barnett and Boyle, as in Columbia's fearless leader Steve, will be #1 next week with a total that right now appears more than 600k and, dare we… Continue

Three 6 Mafia's Juicy J Looks Beyond Rap, "A 100 Checks Are Better Than 1 Check"

Three 6 Mafia's Juicy J has weighed in on the recent trend of artists stepping outside of the hip-hop boundaries and trying their hand at other forms of music.
Click here to find out more!

From J's perspective, it is vital for rappers to stay relevant and extend their reach to a larger audience.

"Yeah, man, I feel you've got to keep your head in everything," J explained in an interview. "You've got to do a little bit of this… Continue

The cover art and official track listing for Eminem's Relapse: Refill have landed online and shows the rapper will, indeed, keep "Forever", his collaboration alongside Drake, Lil Wayne and Kanye West.
Click here to find out more!

Amerie On Leaving Sony For Def Jam, "They [Were] Going Through So Much Turmoil"

For Amerie, the frequently changing executives influenced her move to Island Def Jam.

"Leaving Columbia was two-fold, the reason I went to Def Jam was specifically because of the company -- their marketing and promotions team," Amerie explained in an interview. "I love… Continue

The cover art and official track listing for Young Money's We Are Young Money compilation album has landed online a month prior to its retail release.

The album has been confirmed to include guest slots from Lloyd and Gucci Mane.

Jadakiss Talks Ruff Ryders Movement, "It's Like A New Beginning"

The Lox's Jadakiss recently discussed his role in Ruff Ryders reunion and revealed that rap elite like the late Biggie Smalls and Eminem have co-signed his emcee skills.

According to Jada, the Ryders long-awaited reunion is just a matter of getting his crew together in the studio.

"You know, the Ryders is pure talent around the board," Jada said about his team of emcees which includes DMX, Eve and Swizz Beatz. "It's just a… Continue

R&B stars Beyonce and Sade have announced plans to return to store shelves with new solo efforts set to drop beginning in early 2010.

Keeping details on the low, Beyonce said a new album is in the works.

During the last U.K. stop of her "I Am..." tour at the Trent FM Arena in Nottingham, Beyonce announced that she indeed has plans of releasing a new album next year. "This is my last show for this tour in the UK, so… Continue

While guest appearances have not yet been assigned to the tracks, reports show Wayne's "rock" project featuring his hit, "Prom Queen."

Jim Jones Weighs In On Jay-Z/Beanie Sigel Dispute, "When Your Luck Is Down, You Resort To Bullsh*t"

Dipset's Jim Jones has become the latest emcee to weigh in on the Beanie Sigel-Jay-Z dispute and said he can understand Beans' frustration but that the Philly rapper should have made smarter business decisions with Hov.
From Jones' perspective, Beans is using diss records to gain the public's attention.

"I'ma keep it all the way live," Jones told radio personality Angela Yee. "Beanie has the right to vent for whatever he wants the right… Continue

Mya Finishes Second On Dancing With The Stars 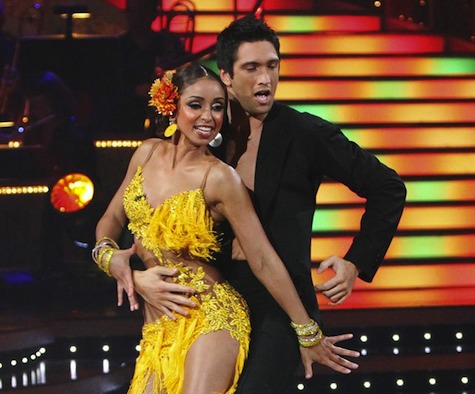 Attention astronauts: If you see a huge beam of light coming from somewhere near Donny Osmond's house in Utah, be not afraid.

"I'm probably putting it on top of my house with a spotlight on it for all the world to see," Donny told us tonight of his shiny new disco ball trophy.

We hung out backstage after tonight's live season finale of Dancing with the Stars, where Donny was crowned the winner and was… Continue

By Nolan Strong
Cam'ron continues to move the Dipset brand forward with the release of a brand new compilation titled World Domination.

The 22-track street album is the first official release for Cam's Dipset West imprint, which was launched in July, when Cam announced the formation of the U.N.

By Nolan Strong
The life of the late Pimp C. will be celebrated next month when his wife presents the Inaugural Chad Butler Hip Hop & Health/Wellness Fair in Port Arthur, Texas.

UGK group member Bun B. will be on hand for the event, which will also feature appearances by Too Short, Trae the Truth, Jackie-O, Dorrough and others.

By Roman Wolfe
West Coast rapper 40 Glocc and Lil Boo have released a reply to Plies’ diss record “Letter to the Industry,” in the latest round of Hip-Hop beef.

The pair dropped the track “Return to Sender” today (November 24th), in reply to Plies‘ “Letter.”

At the end of “Return to Sender,” the rappers sample a clip of a December 2008 interview conducted with an elderly woman who claimed she was Plies’… Continue

By Grouchy Greg Watkins
An anti-gang worker was sentenced to 12 years in prison yesterday (November 24) for his role in the robbery of rapper Bizzy Bone of group Bone Thugs-N-Harmony.

Jones and the other men accosted Bizzy Bone in his… Continue

Former G-Unit member Game has displayed his anticipation to see 50 Cent's Before I Self Destruct first-week sales tomorrow by making a last-minute push for fans to help support the album.

Jim Jones Responds To Cam'ron's "Dipset Is Over" Remark, "You Gotta Watch What You Say"

Byrd Gang leader Jim Jones has shared his reaction to Cam'ron's recent "Dipset is over" declaration and said the brand could never die because each member carries a portion of its legacy.

Speaking with radio personality Angela Yee, Jones explained the importance of Dipset over the past decade.

Tahiry On Making Relationships Private, "Keep It Like Beyonce & Jay-Z, They Only Give You A Little"

King Magazine covergirl Tahiry Jose recently discussed the importance of keeping celebrity relationships on the low and detailed what her forthcoming reality show will consist of.

From Tahiry's perspective, a couple's relationship should be kept on the low if it is to remain private and not in the public's sight.

"Well, it comes with the territory to be quite honest," Tahiry said about having a publicized relationship with rapper… Continue

Last night, Jay-Z stopped by the Eugene O’Neill theater in New York City for the opening night of the extremely buzzworthy musical, Fela! Hov, along with Will Smith and Jada Pinkett-Smith recently signed on as producers of the play which has critics raving.

The play is based on the story of the life of Fela Kuti, the revolutionary African musician who was a target of the Nigerian government for his radical political… Continue