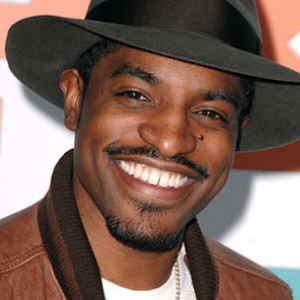 The female fan got a glimpse of life in the studio with Yeezy, French Montana, Puff Daddy and more.

Citing sources close to the Atlanta, Georgia rapper, TMZ reports that he landed in Los Angeles on Friday night (January 29) to help West finalize his upcoming, seventh studio album WAVES, which is scheduled for release on February 11.

“[Andre 3000] meant to order a single passenger Uber but accidentally got an ‘Uber Pool’ -- where one driver picks up multiple people -- and another passenger got in with him,” TMZ’s article states.

The publication reports that Andre 3000 and the female fan “hit it off, even finding out they'd lived in the same place.”

He subsequently invited her to join him in the studio with Kanye West, French Montana, Puff Daddy, Kid Cudi and 2 Chainz.

A handful of photos of the aforementioned studio session have since been shared on social media.