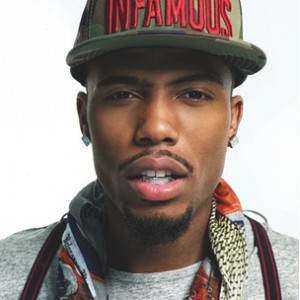 UPDATE: After sparring on Twitter, the scientist warns B.o.B about the power of his influence.

Astrophysicist Neil deGrasse Tyson appeared on The Nightly Show to further dispel B.o.B's claims that the world is flat.

"Listen, B.o.B once and for all," the scientist says, "the Earth looks flat because one, you're not far enough away at your size. Two, your size isn't large enough relative to Earth to notice any curvature at all. It's a fundamental fact of calculus and non-Euclidean geometry. Small sections of large curved surfaces will always look flat to little creatures that crawl upon it."

Tyson says that B.o.B is not only factually incorrect, but his false theories are potentially harmful to society at large. He warns the Atlanta rapper of the power of his influence.

"This whole thing is just a symptom of a larger problem," Tyson says. "There's a growing anti-intellectual strain in this country that may be the beginning of the end of our informed democracy. In a free society, you can and should think whatever you want. If you want to think the world is flat, go right ahead. But if you think the world is flat and you have influence over others, as would successful rappers or even presidential candidates, then being wrong becomes being harmful to the health, the wealth and the security of our citizenry. Discovery and exploration got us out of the caves and each generation benefits from what previous generations have learned."

Tyson, who's nephew made a diss track to the rapper, asks B.o.B to appreciate the work of those who have come before him and to live in the progress of modern society.

"Isaac Newton, my man, said, 'If I have seen farther than others, it's by standing on the shoulders of giants,'" Tyson says. "So it's right, B.o.B, when you stand on the shoulders of those who came before, you might just see far enough to realize, the Earth isn't (beep) flat."

In a final statement, Tyson asserts the power of science.

"And, by the way, this is called gravity," he says as he drops the mic.

"The cities in the background are approx. 16miles apart... where is the curve ? please explain this,” B.o.B wrote in a series of tweets yesterday (January 25) that included his saying that the earth is flat.

"A lot of people are turned off by the phrase "flat earth" ... but there's no way u can see all the evidence and not know... grow up,” B.o.B wrote.

B.o.B then posted a blurb about about the view of Manhattan’s skyline, to which astrophysicist Neil deGrasse Tyson responded.

"@bobatl Earth's curve indeed blocks 150 (not 170) ft of Manhattan. But most buildings in midtown are waaay taller than that,” Tyson wrote today (January 25).

Tyson then refutes another post about the visibility of Polaris, also known as the North Star, in the Southern hemisphere and called B.o.B’s views regressive.

"@bobatl Duude — to be clear: Being five centuries regressed in your reasoning doesn’t mean we all can’t still like your music,” Tyson wrote.

View the tweets from B.o.B, whose “Flat Earth” claims have been rebuffed by astrophysicist Neil deGrasse Tyson, as follows: