Chris Brown Bashes The Grammys: "The Awards Used To Mean Something" by CHERISE JOHNSON 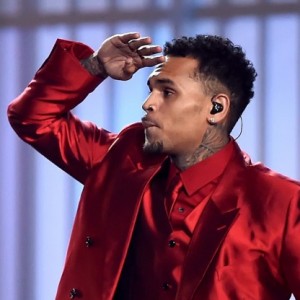 Chris Brown is nominated for one Grammy this year, Best Rap Song/Collaboration, for "Only" with Nicki Minaj, Lil Wayne and Drake.

Chris Brown took to Twitter on Saturday (January 29) to voice his frustrations about the 2016 Grammy Awards.

The R&B singer has been nominated for a total of 15 Grammys in his career only to take home one in 2012, which was Best R&B Album for his fourth studio album, F.A.M.E.

"#GRAMMY?," Breezy writes in a tweet. "This is probably the main reason i love being free to create any kind of music I want. Too many people kiss ass And work less.”

The 26-year old singer is only nominated for one Grammy this year. That is for his feature on Nicki Minaj's The Pinkprint cut, "Only" for Best Rap/Song Collaboration along with Lil' Wayne and Drake.

His latest album Royalty didn't receive any recognition despite his dominant radio influence.

“If u turn on ya radio right now I promise within the hour you will hear CHRIS BROWN on damn near half the songs or I’ve cowritten,” Brown says in since-deleted tweets according toXXL. ”The awards used to mean something. Now it’s about likes, and memes.”

After taking shots at award show, Chris made sure to express gratitude towards his loyal fanbase.

"I'm thankful to my fans, I am able to be the best artist I can without having to conform to the ways of my peers. I also need my commission," he tweets.

Chris Brown's tweets condemning the 2016 Grammy Awards are as follows: