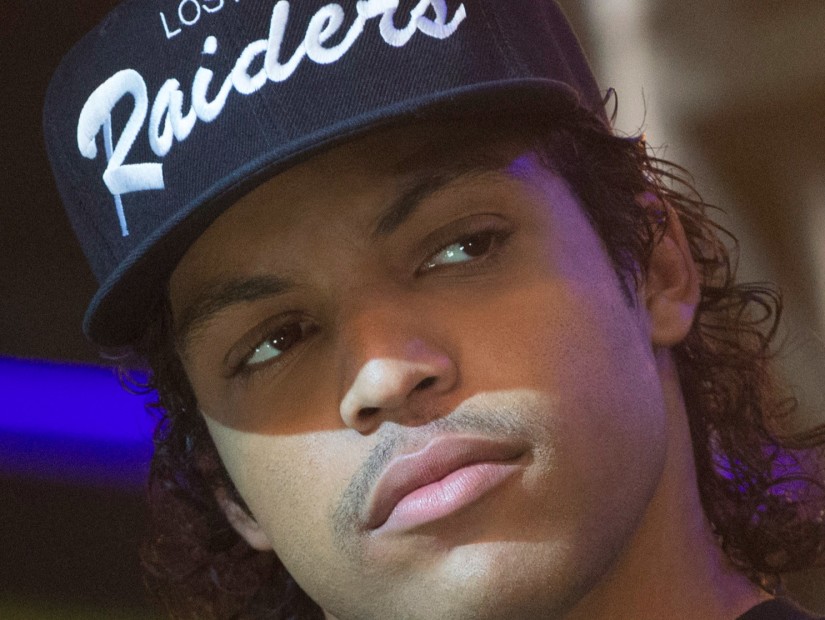 LOS ANGELES, CA – In the 2015 Hip Hop blockbuster biopic, Straight Outta Compton, there was a scene that gave insight into how dangerous Ice Cube’s separation from N.W.A and Ruthless Records really was.

As he traveled in support of his classic solo debut, Amerikkka’s Most Wanted, Cube encountered a faction of Eazy-E’s entourage — and all Wrestlemania hell broke loose in broad daylight.

The Murder Master Music Show caught up with original Lench Mob members Threi, Shorty, and Chilly Chill who spoke on their time protecting the N.W.A deflector and revealed it was a lot more hardcore than people realize.

“With all the madness from ‘Fuck Tha Police’ and all the other stuff we was getting, all the hate stuff coming down from up top, we had to bond together outside of rap and it had to be brothers surviving and we had to make sure that dude got in and out of the facility,” Threi recalled. “It wasn’t like rap it was like ‘Ok, this is my dude and we gone get you in and you gone get out of here. We gonna get out as one unit.'”

After the group compared protecting Cube to providing security for the president of the United States, Chilly Chill chimed in with all of the measures of protection they took, “Bats, straps, all that. … When I was on stage, I had 9’s in my turntable cases. That was back then when you was able to put straps and guns in your turntable case and put ’em up under the airplane.”

In 1990, Cube was arguably the best rapper on the planet and his feud with his former group was highly publicized. However, the Lench Mob also went into the detail how they had beef with Los Angeles pseudo gangsta rap group, Above The Law, who saw their early ’90s reign with hits like “Black Superman” win underneath the Ruthless Records umbrella. Da Lench Mob explained where the tension came with Eazy-E leading Cold 187um (aka Big Hutch), DJ Total K-Oss and KMG, who passed away in 2012.

“A lot of that stemmed from the core Ruthless, all the animosity between Cube leaving and 187 and all them, all that start from straight core Ruthless, then we branched out. You gotta think, that’s their bread and butter,” Threi explained. “So if they man says ‘Go get them,’ the same thing as Cube says ‘Go get them’ … That’s what it was because you got the two capos calling the shots because that was how we was always eating. This is the man, he’s putting the bread on the table for everybody and the same thing with them. Eazy was putting the bread on the table for them, so we was all going back to that point of time. Think about how much animosity, how much crazy shit we had to live through with the DJ Quik and MC Eiht and all that wild shit but everybody is homies now.

“All that shit was wild back then because we all had a point to prove. We all had money to get. We all had hoods behind us doing all kinds of crazy shit … As time passed we was like ‘We gotta keep passing each other, there go the homie Quik I’m gonna go fuck with him I don’t give a fuck if he is a Blood’ … and same thing with Cold 187 and the same thing with everybody else. That’s what people don’t understand outside of the coast. They go, ‘They still feuding, they still this or that.’ Nah. … Why the fuck we gotta be carrying around some bull shit from 10-20 years ago? It got no place right now. We all grown men. We all seasoned. We all sit there, cried when we lost Eazy, we all cried when we lost ‘Pac. At the end of the day, all that is a wash because we still the West Coast.”

Listen to the entire Lench Mob interview down below.