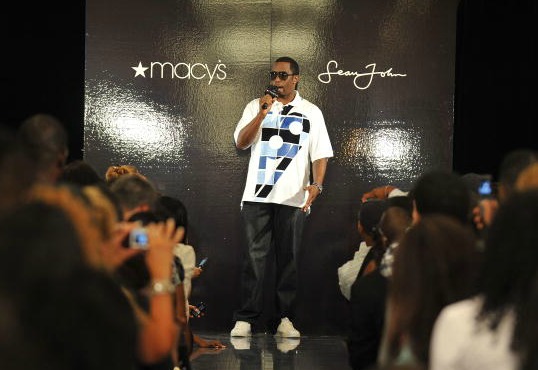 The Washington Post recently interviewed Diddy for a profile about the company of his namesake, which he launched in 1998. According to the story, Sean John earns more than $400 million in annual sales and is in 400 of the country’s 600 Macy’s stores.

The articles narrates Sean John’s rise to ascension, and how it has lead the way in fashion since it was founded 18 years ago. With its aspirational aesthetic and a combination of furs, oversize t-shirts and trousers inspired by Diddy’s personality and career, the story explains, Sean John made an impact that remains “visible from Paris to suburban cul-de-sacs. … It’s in Vetements and Balenciaga, Fenty and Yeezy.”

“When I think about the whole journey, it truly was a fashion revolution from how things were then and to see the impact we had on style. Hip Hop fashion is now dominant.”

“I would get insulted when they put us into [that] classification, because they didn’t do that with other designers. … That ‘street, Hip Hop shit.’ That’s what was said behind closed doors,” Diddy said.

Diddy began to cross over when Vogue editor Anna Wintour arranged a photo shoot for him in Paris with photographer Annie Leibovitz. Later, Diddy received multiple nominations from the Council of Fashion Designers of America before being crowned menswear designer of the year in 2004. He was the first black designer since the awards began in 1981 to be honored in menswear, womenswear or accessories.

“People tried to put us in a little box. … The CFDA award changed the perception,” Diddy said. “I saw more black models being hired, more black faces. I look at Oliver [Rousteing] at Balmain, Ricardo Tischi at Givenchy, that urban Hip Hop culture gave birth to that era of designers.”

Sean John has changed over the years. The million-dollar runway shows have stopped, and the clothing has a more tailored fit and discreet logos. A more diverse customer base buys it, and Diddy is no longer the primary face of the brand. But it continues to be successful, and has produced other award-winning designers.

Now, Diddy said, Kanye West is ready to continue the legacy that Sean John started. Ye has had his struggles like Diddy did, but Diddy thinks he is ready to take the mantle.

“What fuels Kanye is what fueled me; it’s an opportunity thing,” Diddy said. “He just wants to be heard.”