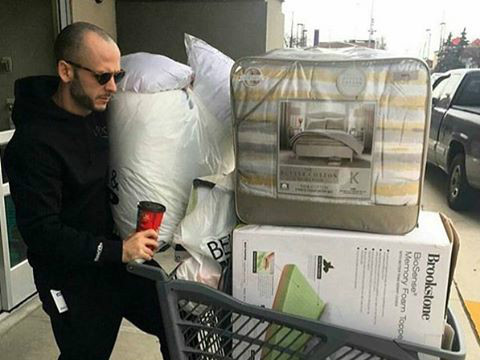 Drake took some time to thank his longtime producer Noah "40" Shebib before releasing his VIEWS album.

In a lengthy Instagram post, the Toronto rapper expresses appreciation for all the ways the producer has supported him and encouraged his love for their city.

40 produced a majority of VIEWS and has crafted Drake's other albums.

VIEWS is slated to premiere at 10:45 p.m. EST on Beats 1 radio. The album is set to release to Apple Music for exclusive streaming and to iTunes for purchase at midnight (April 29).