The collection of graffiti aficionados that used the building as their tagging temple were distraught.
“I'm grieving right now,” said Marie Flageul, a 5 Pointz spokeswoman. “It was the largest aerosol art center in the world. You can never replace it.”
The artist collective sought to block the building’s demolition, filing an request for an injunction based on the Visual Artists Rights Act, which protects works of art that have “recognized stature.”
Federal Judge Federic Block officially rejected their injunction last Tuesday, allowing for the demoliton plans to move ahead.

Gawkers gathered to the new — and drastically different — face of 5 Pointz.
“I'm super sad for 10 years of work to be painted over in one night,” said Pierre Fillet, 33, an artists who lives in Long Island City. “This is vandalism.” 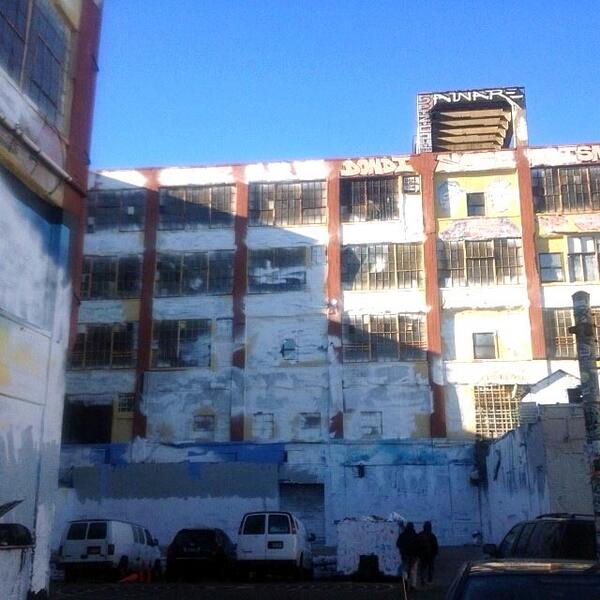