Jay Z's Appearance On "Pop Style" Can Be Seen As Frustrating, Drake Says 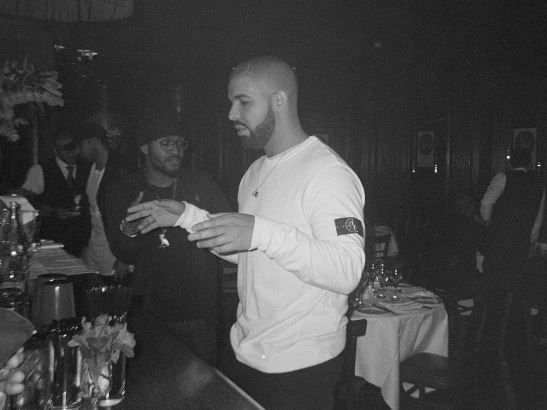 During an interview with Zane Lowe, Drake offered some insight into his newly-released album, VIEWS. Unlike his approach to past projects, the Canadian singer/rapper says he was able to focus on what he's going through rather than focusing on the feelings of others.

Although he revealed that he never set out to be malicious, there is "some harsh truth" on the album.

"This album, I'm very proud to say is just--I feel like I told everybody how I'm actually feeling," Drake said. "Not what this person's going through and this person's going through, that affects me. This is more like 'This is where I'm at.' And I was really, really--it takes a lot to get that clear. That's a tough thing to access...I never set out with malicious intentions. I'm just a very honest person. I can't write fiction...It all has to deal directly with me or else I can't make the music...There's some harsh truth on this album."

Drake also touched on the non-album version of "Pop Style," which boasts a slight, The Throne reunion (the song features only two bars from Jay Z). He explained how some can see Hov's addition to the song as "frustrating."

"Jay didn't really do a verse," he said. "Really I just was trying to get 'Ye on it at first. And 'Ye just sent it to me like that. Like 'Yo, Jay kinda just did my first few lines for me. And he was just here. And that's how we flexed it.' It was cool. And he was all excited about 'Yo, just put The Throne on it. It'll be a crazy moment.' I mean, of course people wanna hear Jay Z rap. So, hearing him do two lines might be frustrating to a certain audience."

As both a friend and neighbor to Kanye, Drake revealed that the two artists "have a few things" they've worked on. He explained that whether or not their collabs will be released depends on if they're able to find a place for them.

“We live up the street from each other," the rapper said. "So, on any given night I've been in my room, just came from training, working out and they've come to my room ''Ye's in the kitchen with your mom. He says he's here to work.' Or vice versa. I’ll pull up at his house and just see what he’s doing. And he's always in there going crazy with somebody, some vibes. We’ll just sit and collaborate, that’s what music is all about. We have a few things that we've worked on. It's always just about finding a place for it...We were supposed to do a mixtape together or an album together."

Drake's VIEWS interview with Zane Lowe, can be found below.