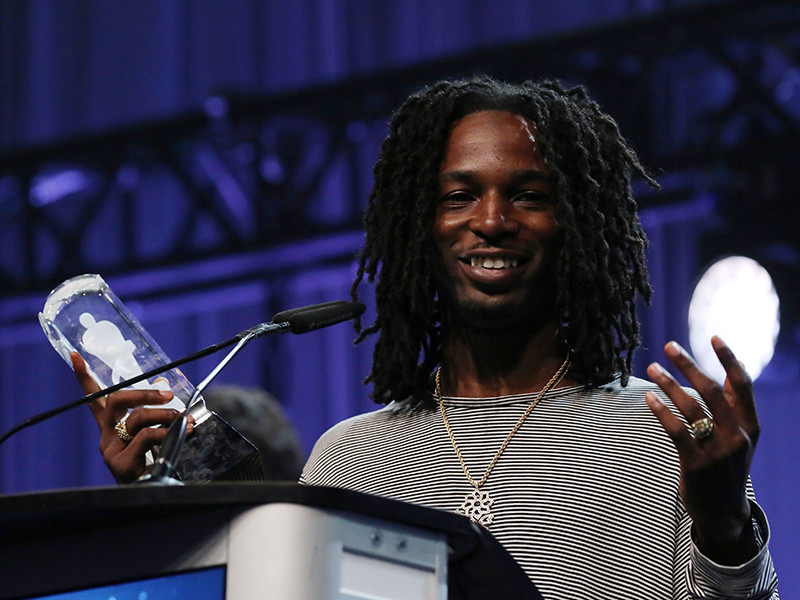 Canada paid tribute to its homegrown talent with the biggest night in Canadian music, the Juno Awards, going down in Ottawa this past weekend (April 1-2). Hosted by comedian Russell Peters alongside iconic rocker Bryan Adams, the show paid tribute to the bevy of talented artists that hail from America’s northern neighbo(u)r.

The evening held some perhaps-predictable moments, like The Weeknd beating out OVO artists PARTYNEXTDOOR and dvsn to nab R&B/Soul Recording Of The Year for Starboy (though he was unable to collect it in person as he is currently on tour in South America). The album debuted at #1 on the Billboard 200 last December — the Toronto artist’s second time there — and continues to chart high now, with the title track certified four-times platinum by the RIAA.

Also notable was Drake’s loss to Jazz Cartier in the category for Rap Recording Of The Year. The record-breaking behemoth that was VIEWS was bested by Jazz’s sophomore release, the Polaris-shortlisted Hotel Paranoia. It’s a good look for the Toronto rapper, who blocked what would’ve been Drake’s fifth win in the category since 2010.

While accepting his award during the non-televised gala that went down on Saturday (April 1), the 24-year-old artist also made a point of calling out Canadian radio. He detailed it all on his Instagram feed: “This means a lot to me but like I said this evening the Canadian radio is gonna have to stop bullshitting and start playing our own on our radio, so these kids don’t feel the need to leave to the states in order to make it or get heard. That’s going to be one of my goals this year to make sure that happens. ”

Other artists who brought home awards this year were DX’s 2016 Producer Of The Year, Kaytranada, who won Electronic Album of the Year for the critically acclaimed 99.9%, and DJ trio A Tribe Called Red, whose Yasiin Bey-featuring “R.E.D.” picked up the Jack Richardson Producer Of The Year award.

Drake did end up picking up the International Achievement Award, though there weren’t any other nominees and he didn’t attend the ceremony.