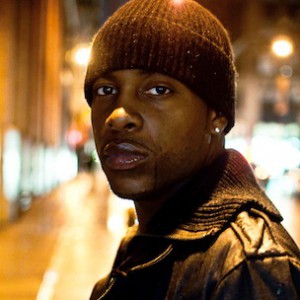 "I was talking to Michael Moore and he said he was interested in doing a benefit concert,” the Aftermath Entertainment artist says, "so we’ll see."

Jon Connor has addressed the motive behind his “Fresh Water For Flint” song.

“The song is basically about the situation going on that nobody sees,” the Aftermath Entertainment artist says during an interview with XXL. “I lived in Flint up until two, three years ago, so being in California and seeing the way it’s being portrayed on the news, seeing the deterioration of my city, its all that frustration and emotion. I feel like I’m the voice of Flint, so I’m just trying to verbalize how all the natives feel.”

Flint, Michigan’s water supply has been contaminated with lead after the city’s water source was switched in 2014 from Lake Huron to the Flint River. The change from a clean source to one that was polluted resulted in the water crisis in Flint.

The Game, Puff Daddy, Big Sean, Meek Mill and other rap acts have pledged to help by donating water and money to help the city’s residents.

Connor, who was at his mother’s house in Flint at the time of the interview, says he’s working on staging an event to help Flint.

“I’m just trying to make all the dots connect of people I know in the industry who’ve reached out to me,” Connor says. “Kelly Price has reached out. I was talking to Michael Moore and he said he was interested in doing a benefit concert so we’ll see. I think we’re just trying to figure out how we can put all of our resources together for this one cause and one goal.”

Jon Connor's “Fresh Water For Flint” song is as follows: