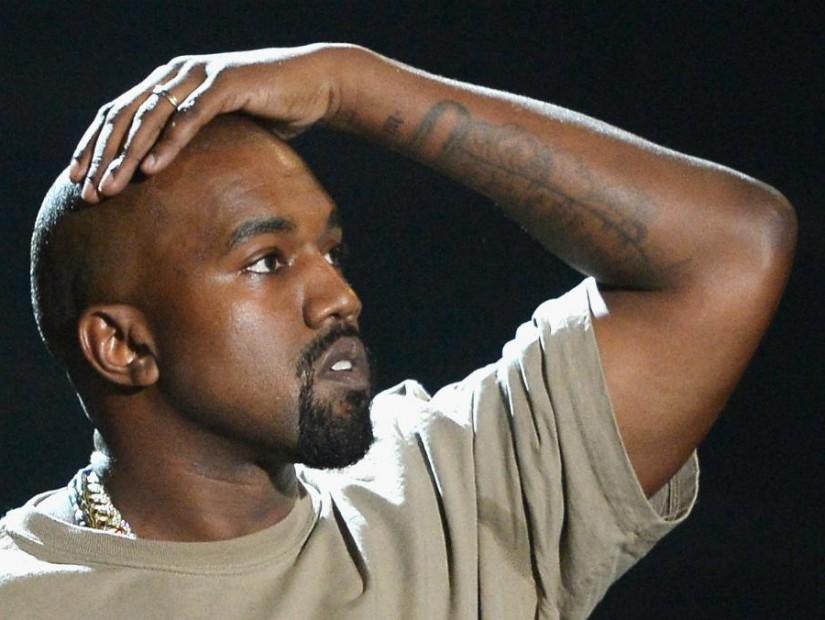 Kanye West has updated 12 The Life Of Pablo songs, per Rolling Stone.

Among the changes: new lyrics from Chance The Rapper and Kirk Franklin have been added to "Ultra Light Beam," while The Weeknd's "FML" chorus now includes additional vocals.

The beat on "Feedback" has been changed and the song has been trimmed.

"Frank's Track" has been given its own ID.

This updated version of The Life Of Pablo is available on TIDAL.

On a flight out of Europe, Kanye West updated Twitter with the status of his work-in-progress of a project, The Life of Pablo, describing it as being in its final mixing stage.

"Excited to see my family and finish the final mixes of the Life of Pablo and keep working on Turbo Grafx 16 and Season 4 ….," the Chicago rapper tweeted.

In February, the 38-year old rapper announced that his NEC-inspired titled album Turbo Grafx 16 is set to be released this summer.

Kanye has been adamantly vocal about perfecting The Life of Pablo and has said that he is still working on "Wolves." Currently, this project is only available on TIDAL for streaming and according to Ye, physical copies of the project will not be sold, ever.

The fashion designer also called out journalists who've been critical of his "Yeezy Season"collections during his latest Twitter stream of consciousness diatribe.

"All these journalists can give their opinions well these are mine…yes I believe in my ripped homeless sweaters!!!," West tweeted. "I like T-shirts and women in yoga pants… I live in LA that’s what people wear."

Reception to Kanye's fashion collections have mostly been mixed and those critical of his line have been vocal. Criticism of his line also extends to New York Fashion Week creator, Fern Mallis, who expressed she was "over" him last year to Page Six.

"To Fern Mallis: I just want you to understand that attempting to do clothing has been very difficult," West wrote on Twitter. "And I have encountered countless amounts of bigotry along the way. I have millions of ideas, and I represent a new generation just trying to express themselves in a broken world.

"I don't call myself a designer as I was not allowed to go to Saint Martins – because I was too famous by the time I realized I wanted to design. Fame is often looked down upon in the design world, so it's actually been something I had to overcome."

Elsewhere, Kanye thanks his friends Olivier Rousting, Riccardo Tisci and Demna Gvasalia for supporting him and notes that is the only reason for his visit to Paris.

"I thank Olivier for designing his collection around my wife… this is visionary as I believe thatKim is our modern day everything," he tweeted. "I thank Demna for using the 'I feel like Pablo' sweatshirts in his show. this is my friend and we've bounced ideas and references for years since the time when he designed for YEEZY Season 1."

Kanye West's tweets updating on the status of The Life of Pablo and calling out journalists critical of his fashion line are as follows: 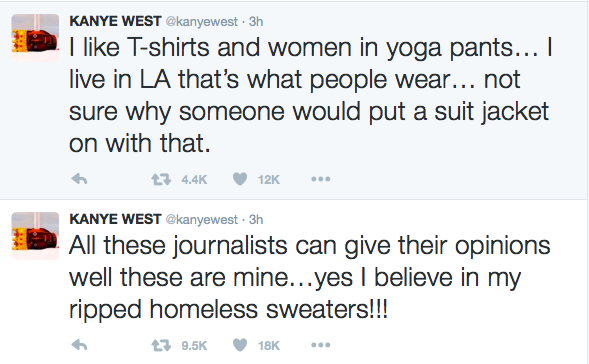