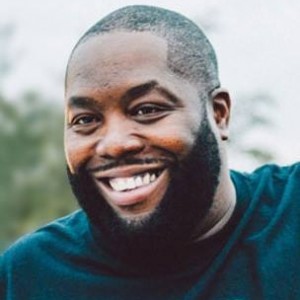 Tommie Smith reveals that he was not afraid to die, during 1968 Summer Olympics.

Killer Mike speaks with Olympian Tommie Smith on the 1968 Olympics.

Olympians Tommie Smith and John Carlosmade history at the 1968 Summer Olympics in Mexico City when they raised their fists in solidarity, during the medal ceremony.

Nearly 50 years after that iconic moment, Atlanta rapper Killer Mike sat down with Smith, who he referred to as “our warrior,” to speak on the 1968 Olympics, the “quieting” of today’s athletes, and more.

During their sit-down conversation, which took place at Killer Mike’s barbershop, Smith explained that at that moment when he chose to raise his fist during the medal ceremony, he wasn’t afraid of dying. He also revealed that he “took everybody” with him when he was at the podium.

“The badge did represent a significant platform at what John Carlos, Tommie Smith did. It was a badge of Olympic Projects For Human Rights,” Tommie Smith said. “And yeah, they were synonymous to what we believed in, which was a unification of strength…We got beat up before we left home and when we came back…And on that victory stand, I took people with me because that wasn’t me on the victory stand. That was everybody, so I took everybody with me…When you see Tommie Smith up there, you are a part of that because what it represents is your thought of freedom…I was not afraid to do what I did because I knew my life would be taken care of dead or alive.”

When questioned about the current “quieting” of athletes and people in general, Smith explained that while athletics does tend to bring people together, they tend to not work together systematically.

“Working together we can make a change regardless of who it is,” he said. “The togetherness is vitally important. Athletics brings people together. But often times, those people who are brought together, don’t work together systematically. They make their money and they do their separate thing. Yes, we are coming together because of the issues dealing with—Moving information around is much faster than it was when I was competing.”

Video of Killer Mike’s interview with Tommie Smith, can be found below.