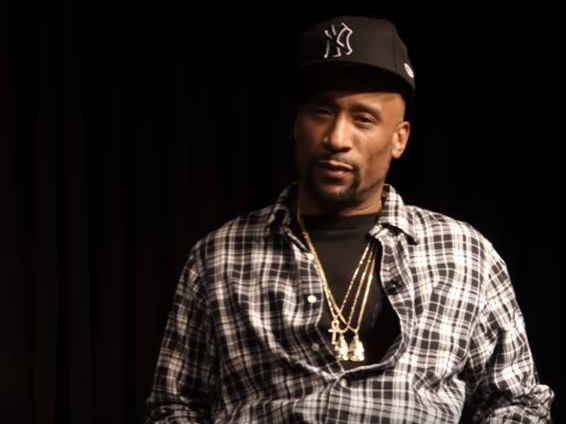 Lord Jamar questions why Phife Dawg wasn't celebrated while he was alive.

During an interview with Vlad TV, Lord Jamar was asked about the recent death of Phife Dawg, and the outpouring of support the Tribe Called Quest rapper received following his passing. Jamar explained that there's something about death that tends to leave people with the sudden realization of how "valuable" someone was.

"What happened while he was alive? It's like people don't wanna show your value while you're here," Lord Jamar said. "Something about death that all of a sudden turns on a light in people's mind. 'Oh shit. Yeah, he really was valuable to the game and blah, blah, blah.' But it's like people need to know that while they're here. Cause that's what fortifies people and allows them to continue to do what made you say these things in the first place. And when artists like that put something out after what seems to be their hey-day, if you really love that real Hip Hop shit then you need to support it. Don't wait til they dead because he can't put nothing out now."

Lord Jamar also revealed how his appearance on The Low End Theory record, "The Business" came about. He explained that around the time the song was recorded, everyone worked in the same studio, and would occasionally sit in on each other's sessions.

"At that time it was a lot of budding artists," he said. "A lot of classic, legendary artists at that time were working out of the same studio...All these different artists was working basically in the same studio. Sometimes people going over [their] time. So, you sit into they session. That's how we got cool with different groups or whatever. So, after sitting in enough Tribe Called Quest sessions and vice versa, it was like 'Yo, we need to do a joint together.'"

Video of Lord Jamar speaking on the reactions to Phife Dawg's death, can be found below.