Martin Shkreli To Ghostface Killah: "You're My Son" by JUSTIN HUNTE 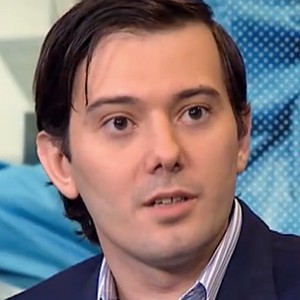 UPDATE #4: "You're an old man that's lost his relevance and you're trying to reclaim the spotlight from my spotlight," Shkreli says. He also demands a written apology from the rap legend.

Martin Shkreli calls Ghostface Killah his "son" in a video published by TMZ today (January 28).  The former pharmaceutical executive refers to the Wu-Tang Clan rapper as "Dennis," his given name, throughout the two-minute clip. Shkreli is surrounded by three men in ski masks as he delivers his message to Ghostface.

"At the end of the day, I'm very sorry for you," Shkreli, who bought the one-of-a-kind Once Upon a Time In Shaolin album, says. "You're an old man. You're an old man that's lost his relevance and you're trying to reclaim the spotlight from my spotlight. That's not gonna work, Ghost, Dennis. In fact, I think that if you ever say some dumb shit again, this album, this Shaolin, I'm gonna erase all your shit from this album. I'm gonna erase you from the record books of rap. You're gonna be done. You're my son. You have to listen to me. I buttered your bread, you understand me?"

Ghostface Killah called Shkreli a "shithead" when asked about the purchase of the album and said that the project should be owned by "the people."

"Without me, you're nothing," Shkreli continues in the video. "So even though I pity you, I have to give you some punishment. I expect you to write me a written apology from the heart. Some contrition, some long letter where you explain your sorrow and sadness for what you've done."

During a December interview with HipHopDX, Shkreli said that he has aspirations as a rapper.

"I think I could express myself through it," he said at the time. "There’s never been an [incredibly wealthy] rapper. All these guys rap about is money and I have a lot to say."

Watch the video of Martin Shkreli threatening Ghostface Killah below:

And like clockwork, Martin Shkreli responds to Ghostface Killah's "Michael Jackson-nose... comments which were released by TMZ earlier today. Only this time, the former Turing Pharmaceuticals CEO appears to threaten the rap legend.

This isn't the first time Shkreli has appeared to threatened a Wu-Tang Clan member. In an exclusive conversation with HipHopDX, the Brooklyn native took aim at RZA for showing public disrespect following the purchase of Wu-Once Upon A Time In Shaolin.

"I can get down," Shkreli tells DX. "I don’t think RZA knows that. I think he thinks I’m some powder puff white guy CEO that’s got too much money. No. No, no, no. I definitely don't spend $2 million for nothing. That’s a lot of money, even if you’re Carl Icahn. I’d encourage him to shut the fuck up before he goes a little too far. We'll see what happens. I think he’s a smart man. He definitely acts like his shit doesn’t stink and he invented rap. This concept of selling one album, this shit’s backfiring for him now..."

The war of words between Martin Shkreli and Ghostface Killah continues. TMZ caught up with GFK and asked his thoughts on Shkreli calling him a "non-profit rapper."

"This is the man that wanna be beefing," Ghost says in the video. "The Michael Jackson-nose-kid... C'mon bruh, you don't want to do it. I'll break your heart in four days. We can play if you wanna play. We can get it in. I'm just laughing off the dude's face. C'mon, man. Look at that smile."

Watch the video below.

(The original version of this article was published on January 22, 2016)

Shkreli burst into the Hip Hop lexicon after purchasing Wu-Tang’s Wu-Once Upon A Time In Shaolin for a reported $2 million.

In an interview with HipHopDX (December 16, 2015), Shkreli stated his affinity for Action Bronson since both are of Albanian descent as well as his frustration over Ghostface’s video response to Bronson for dissing him on ESPN’s Spo....

“Again, what Ghostface said to Bronson was 100 hundred times worse than me and RZA,”Shkreli stated. “This is starting to get into some weird Albanian shit. There are similarities, very similar. I’m just getting fed up. If he doesn’t think I have the resources to do something, he fucking doesn’t know me. If Ghostface can make people disappear, what the fuck do you think I can do? I’ll fucking snap the CD on fucking TV and not even listen to it if that’s what he fucking wants.”

Martin Shkreli was arrested by federal agents on December 17, 2015 for allegedly “illegally taking stock from Retrophin Inc., a biotechnology firm he started in 2011, and using it to pay off debts from unrelated business dealings.”

"I am confident I will prevail. The allegations against me are baseless and without merit," Shkreli also posted to Twitter today.