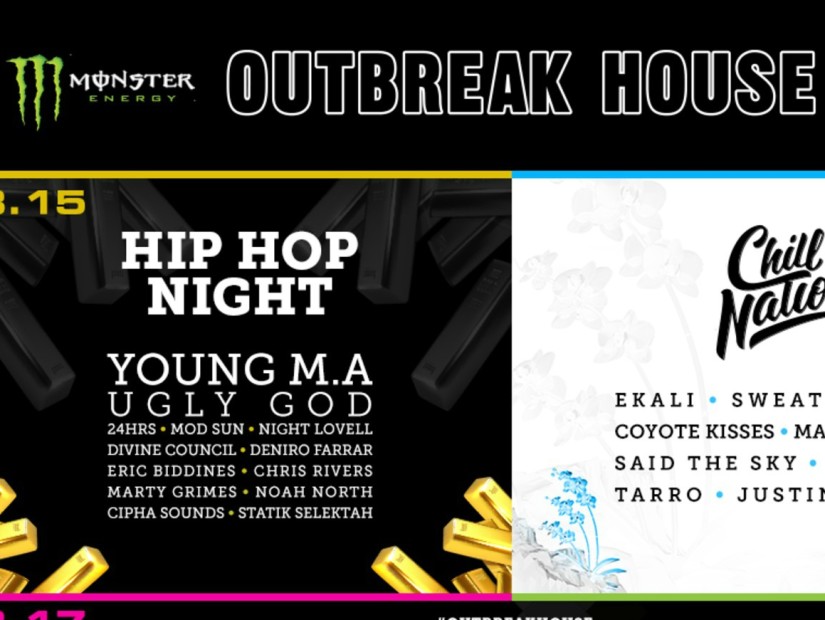 Austin, TX – Monster Energy is bringing just that to SXSW 2017 with the return of the Monster Energy Outbreak House, which gives a full day of shine to an exclusive Hip Hop lineup.

Young M.A, Ugly God, 24hrs will be spliced in with the likes of Statik Selektah, Eric Biddines and Deniro Farrar, giving rap fans a wide range of music in just one venue.

“We’re bringing an even stronger lineup, bigger production and a bit of a refresh to the Monster Energy Outbreak House this year–and we promise substantial surprise guest performances just like in previous years,” says producer/GM Steven Ljubicic in a press release. “We added extra focus to bringing credibility to the subgenres of EDM and emerging hip hop. Our goal is to champion these artists and feature them on one of our touring or festival properties and ultimately place them on the biggest national headlining tour of their career.”

Check out the lineup and set times for the Monster Energy Outbreak House Hip-Hop Night down below. 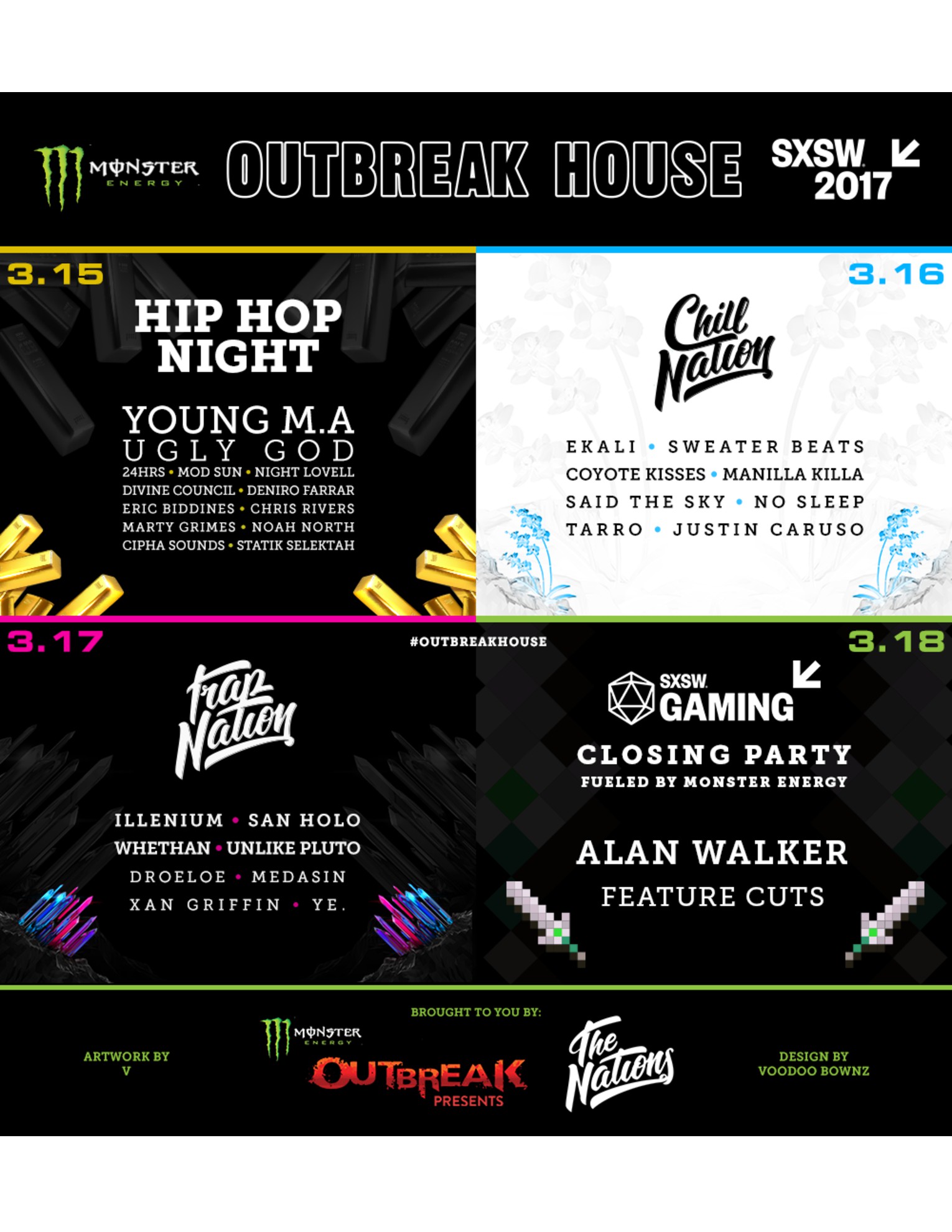