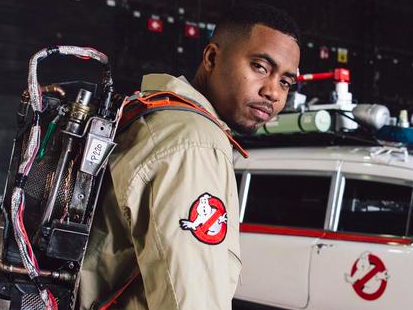 Nas' HSTRY Clothing has teamed up with Ghostbusters to create a special collaborative clothing line inspired by the film, which makes its debut in theaters July 15 starring Kristen Wiig, Leslie Jones and Melissa McCarthy.

Nas announced the collaboration with Ghostbusters while filming at Sony Pictures' lot in Culver City, California with HYPEBEAST.

In the video, Nas talks about his appreciation for Ghostbusters and why a collaboration with HSTRY made sense.

"The music industry is going through a drastic change on every level [and] every aspect of it where there are new interesting ways to do things," the Life Is Good rapper says. "So I like to be part of that. Remember Sean Jean was t-shirt and a baseball cap in my man's Puffy's office and he was like wondering if it would work and look at it now. I like getting involved in things in the beginning stages and getting a vision for it and going for it."

Nas' Hstry clothing and Ghostbusters announcement with HYPEBEAST is as follows: