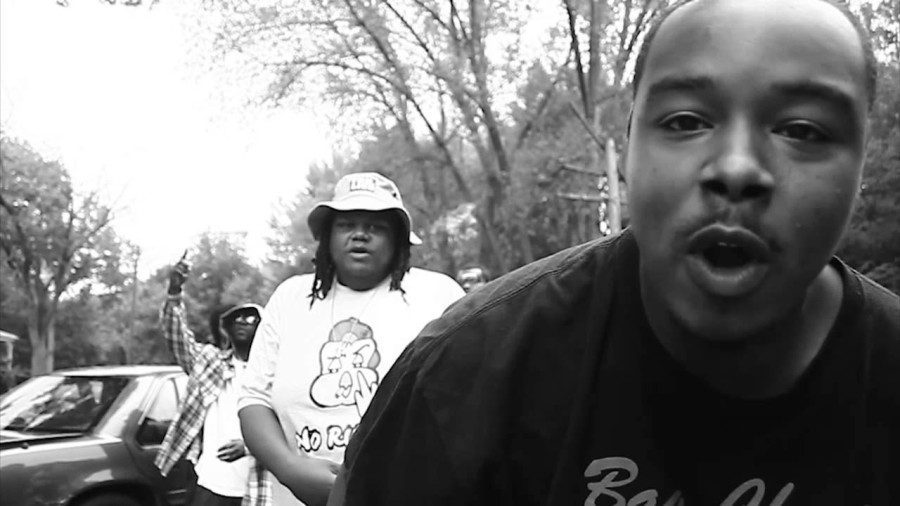 Chicago, IL - Chicago's RasRok might be considered an "up and coming" artist but he is far from a newcomer. His lyrical prowess and hustler spirit earned him a spot on Movin Weight; the soundtrack to The End of Malice featuring Gene "No Malice" Thornton of the Clipse.

The End of Malice follows Thornton from coke rap to a closer relationship with Christ. "The music really drives the project," says RasRok, "It hammers home some of the points he makes throughout the movie".

The Chicago lyricist rhymes on three tracks, "Late Night Ridin," "Down to the Deep" and "Tears in the Jordan." He also wrote and performed the chorus on "Pray About It."

RasRok started making music 12-years-old. "I like to say I started in '99... Writing, sneaking off and trying my lil flows out. I eventually found a crew and started spending real time battling and performing and then getting into recording."

Rok's Southside roots fuel his sound. "Chicago is the base," he says, "It's the blood, sweat and tears. It's the history and references I draw from. I just like lyric driven Hip Hop. The cadence of it, the way it makes you feel, the thought process, the analogies."

Working on Movin Weight was a smooth process for RasRok. "It was a surprise because everyone complimented each other, no one was overbearing, we all kind of slid into our spots as if we already knew each others strengths and had faith in the talents of the other artists."

For RasRok, working with No Malice was an "unreal" experience.

"Being in the studio with No Malice was just an extra battery in the back for me," he says. "To have him in the control room while we were in the booth, recording, to review music with him and have him listen to our verses and chime in....that was unreal."

The End of Malice and Movin Weight were released in late March and have been received incredibly well. The documentary features commentary from Pusha T and Pharrell and the soundtrack also includes features from MD Uno, Crystal Nicole and Promise.

RasRok is currently focused on promoting Movin Weight but his other projects have not been put aside entirely. His Music 4 Money is slated for release this year as well as two separate collaborative efforts with Bigg Gemz and K.Dot The Hustla.