Elton John gave props to Young Thug in an interview with Noisy last year which started rumors that the two would work together eventually. Though a collaboration has yet to happen, the two met with each other in Atlanta recently for a photo opp fueling more rumors.

Thugger posted two photos on his Instagram page with the iconic pop musician known for classics including "Bennie And The Jets" and "Honky Cat" today (March 23). One featured the Barter 6 rapper handing Sir Elton a Young Thug branded jacket. In another, Elton can be seen wearing a Thugger hat.

This isn't the first time Elton has aligned himself with Hip Hop. The Empty Sky artistsaccompanied Eminem during a performance of "Stan" during the 2001 Grammy Awards following complaints of Shady's homophobic lyrics. Considering Thug's non-gender conforming aesthetic and questionable rhymes, seeing the two possibly working together should have many people talking. 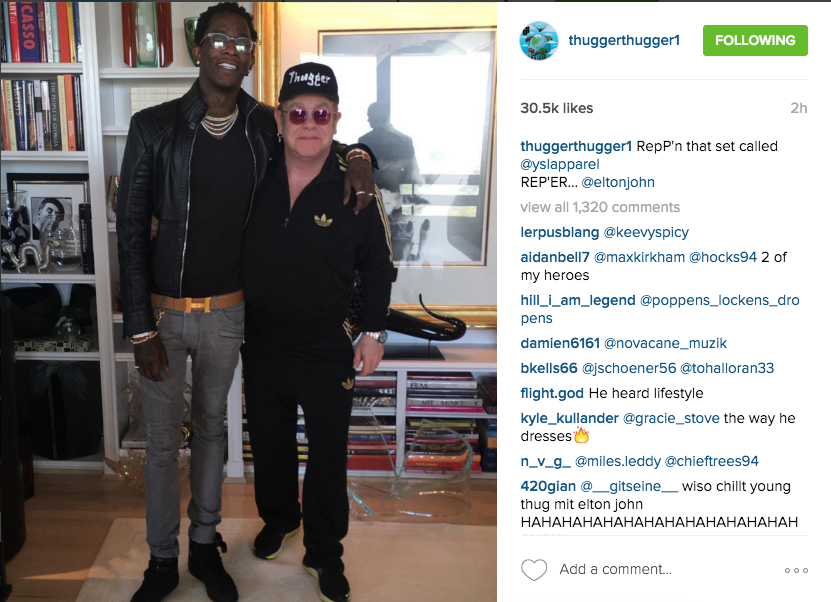 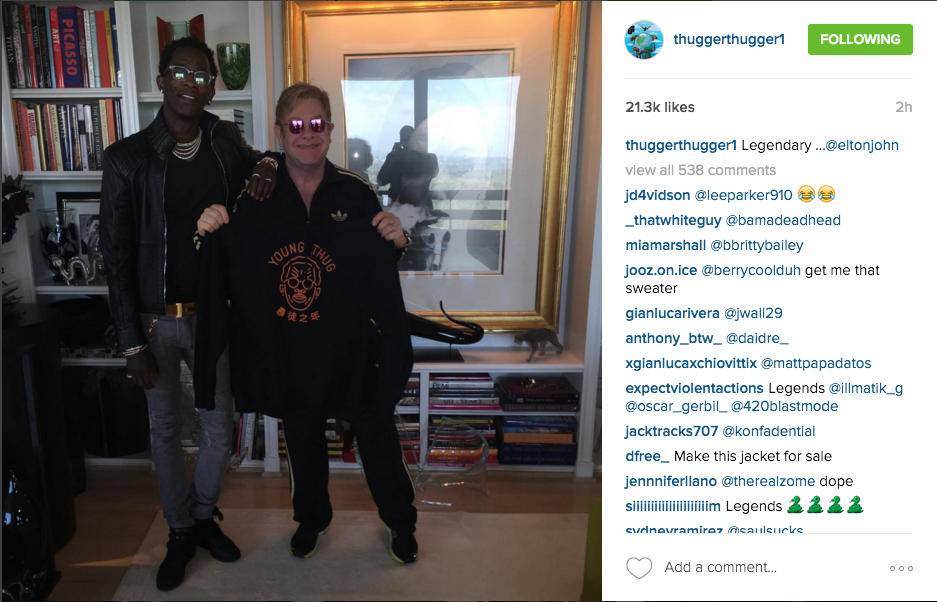