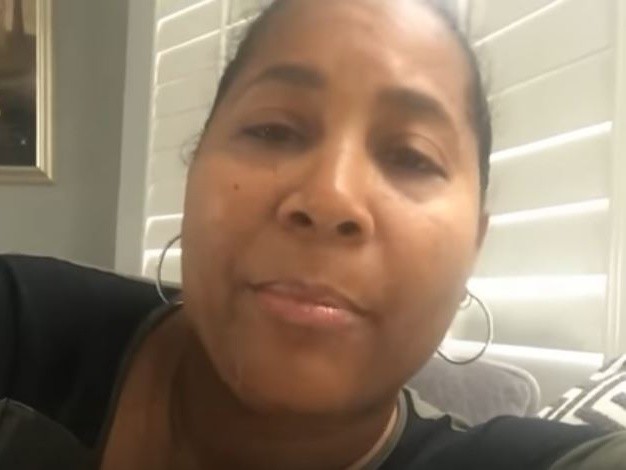 Sharitha Golden, the ex-wife of Suge Knight, serves as the latest to take down claims that she was partially responsible for the death of Tupac Shakur.

In video obtained by TMZ, Golden vehemently denied claims that she helped orchestrate the deadly Vegas shooting in order to take out Knight.

She flat out calls the theory, which was recently featured in the documentary Tupac Assassination: Battle For Compton, “ridiculous.” Golden went on to offer a variety of reasons why such a theory doesn’t add up.

“I’m so damn sick of getting 100,000 calls about this,” Sharitha Golden said. “No way in hell I would have murdered Tupac. For what reason? This ridiculous theory that I needed to get half of Death Row. I already had half of Death Row, America. And when Tupac died, what did Death Row become after that? Zero. Nothing. A downfall.”

Golden, who says her oldest daughter had to deal with criticism from others as Knight’s daughter, expressed concern for her other children due to the newly-unearthed theory.

Knight’s ex later revealed that she’s not above taking legal action over the matter.

“I’ve been going through this for about 20 years with my oldest daughter that me and Suge have together,” she said. “All her high school years she got ‘Oh, your dad killed Tupac.’ It’s sad when a person can’t even put pictures of their dad on their social media because they get so many negative responses. And now here it goes, the media done put bullcrap out about I done killed Tupac now. I have young kids that go to school. That now gotta hear ‘Oh, your mom killed Tupac.’ Let’s stop being ridiculous. I’m not one for lawsuits and giving people relevance to any stupidity, but this one deserves my attention real good.”

Despite previous reports, which stated that Knight revealed through his lawyer that Golden and Death Row Records security chief Reggie Wright Jr. were responsible for the Vegas shooting, his lawyer has denied such claims.