T.I. Calls On Black Hollywood To Establish Their Own Oscars 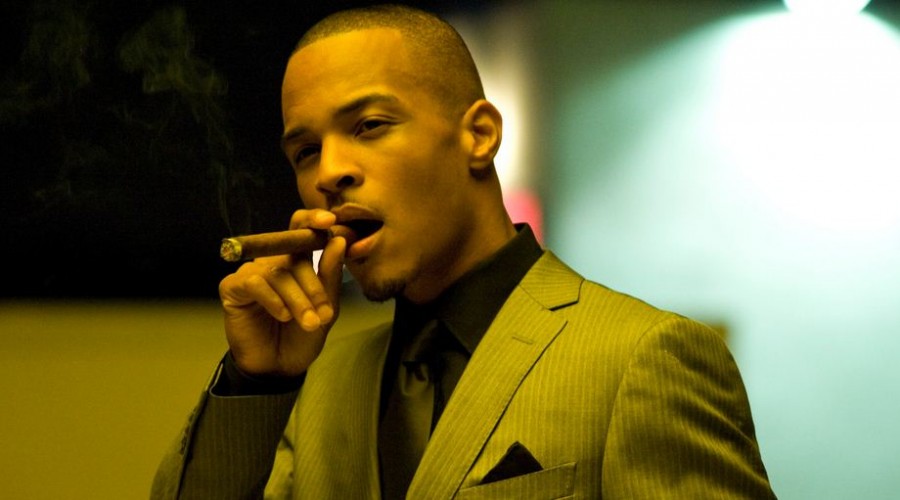 T.I. has called on Will Smith, Jada Pinkett-Smith, Queen Latifah and Jamie Foxx put their money together to establish an award ceremony that will recognize Black and minority talent that the Academy of Motion Picture Arts & Sciences has failed to, in an interview on DJ Drama's #StreetzIzWatchin Shade45 radio segment.

Last year, #OscarsSoWhite set Twitter ablaze because of the Academy's lack of minority nominations. This year, the 88th Academy Awards faces the same criticism, including a protest that will be spearheaded by Reverend Al Sharpton before the ceremony due to the lack of diversity in Hollywood.

Although the host of the ceremony, Chris Rock, is a Black man, not one of the nominations has gone to a person of color even though there were more than enough film options including Creed, Straight Outta Compton, Chi-raq, and Beasts of No Nation.

Straight Outta Compton was nominated, however only its White writers were recognized.

As an actor, T.I., who now goes by the name TIP, opines the meaning of #OscarsSoWhite.

"I feel that they are absolutely correct in all their claims that the Oscars are so White that they disregard the contributions of African-Americans or minority talent," the Takers actor says. "I also feel that the Oscars cater to a very middle America, upper-echelon, sophisticated, who's-who of old muthafuckas in Hollywood."

In response to the backlash, AMPAS say that they are making significant changes to its membership practices with hopes that there will be more diversity among film and actor recognition.

Despite these changes, the Roc Nation artist says that people of color should not look to the Oscars for recognition.

"Why in the fuck are we still looking to them to validate us?," TIP asks. "Fuck them. If they don't see what we see, if they don't recognize our then we can go ahead and start our own shit man. Will, Jada, muthafuckin Queen Latifah, Jamie Foxx, y'all put back $10 million a piece and start a muthafuckin award show that caters to us."

Will Smith and his wife Jada Pinkett-Smith will not be attending this years Oscars after Pinkett-Smith called for a boycott of the show.

The 88th Academy Awards is set to take place tonight at Hollywood’s Dolby Theatre and will be airing on ABC starting at 7pm EST/4pm PST.

T.I. also gives fans an update on ATL 2. Late last year when a picture of the cast surfaced on Evan Ross' Instagram, moviegoers believed that the film was in the works. However it seems like production has come to a halt thanks to Dallas Austin, according to T.I.

TIP hints that respect, egos, pride, opinion,  money, or bitches has played a part in the delay of the film in regards to Austin.

Filming for ATL 2 has yet to take place.

Young Thug also drops in on the interview mid-way and addresses Kanye West's recent assertion that he should have been at this year's Grammy Awards.

"I don't know why they didn't invite me to the Grammys," Thugger says.

Young Thug says he would like to attend the Grammy Awards one day and when he does he plans on "being barefooted with $10,000 toe rings on."

The full #StreetzIsWatching interview with DJ Drama and TIP is as follows: