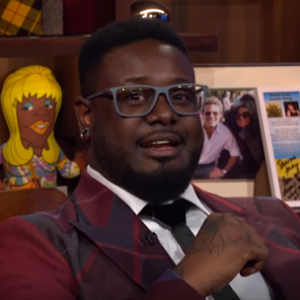 “I wouldn’t say ‘pain in the ass,’ but Diddy was the most what he called ‘motivating,’” T-Pain says, “and it was a little discouraging.”

During a recent appearance on “Watch What Happens Live,” a caller asked T-Pain “who is the biggest pain in the ass” out of all the artists that he’s worked with.

“I wouldn’t say ‘pain in the ass,’ but Diddy was the most what he called ‘motivating,’ and it was a little discouraging.” T-Pain explained. “It was a four-day session for one song and Diddy would just push you to do things that you wouldn’t normally do. He’d try to get you outside of your box and that’s a little hard to do in a few hours.

“You’d start something, I’d put one track on a beat and he’d just be like, ‘Nope, that’s not it. Go to the next one,’” T-Pain added. “And I’d be like, ‘Well, I didn’t…Wait until I get the idea’ — ‘Nope. Next one.’ It was just a lot of that. In the end, him being a ‘pain in the ass’ kind of helped me be better with myself. With myself, I push myself the way that Diddy would push me.”

When asked if he worked with Puff Daddy again afterwards, T-Pain replied: “I did not,” which resulted in laughter from both the hosts and audience.

A segment of T-Pain’s appearance on “Watch What Happens Live” can be viewed below: