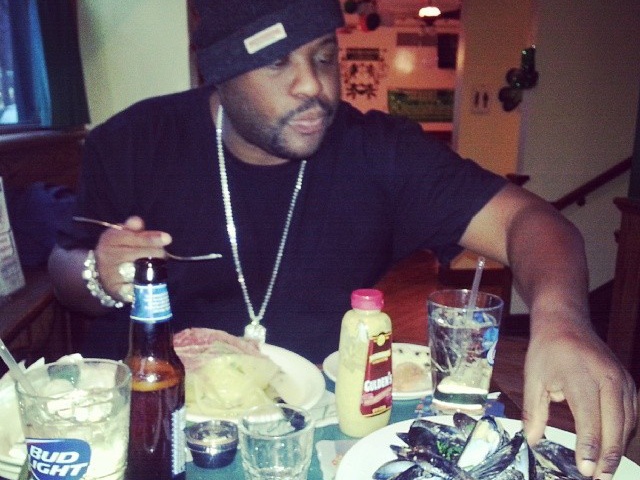 A little over one year after he was arrested for promoting prostitution, Wais P has found himself in a fresh batch of legal trouble. The New York Daily News reports that Wais P, who was once Jay Z's protege, pleaded guilty to a drunken driving charge earlier this week, in order to reach a plea deal.

As a result of the plea deal, Wais P's sentence could result in time served. Additionally, any car the musician drives must have an ignition interlock device installed in it.

“I’m very happy with the resolution of the case because we went through almost a year of trying to convince the DA’s office (to make) a realistic offer,” defense lawyer Theodore Goldbergh said, according to the New York Daily News. “There was no accident in the case; there was no injury. What he really wanted all along was treatment for alcoholism.”

Although his drunk driving case is now behind him, Wais P will stand trial for promoting prostitution, in the very near future.

Goldbergh, who will also represent Wais P in the prostitution case, has stated that the case is based on "a great deal of speculation.” The rapper's trial is scheduled for May 18.

Wais P was a member of the Da Ranjahs, a rap group once affiliated with Roc-A-Fella Records. He was also featured on Jay Z's Vol 2... Hard Knock Life album.