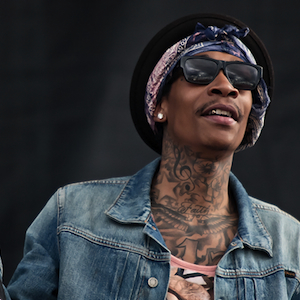 The Taylor Gang rapper is on tour in South America.

The Pittsburgh rapper is in the midst of a South American tour and is scheduled to perform at Teatro Cariola in Santiago, Chile today (January 28), according to his website.

Wiz Khalifa and Kanye West exchanged a series a insults on Twitter yesterday, including one in which Kanye West said that “I own your child!!!!” to Wiz Khalifa, who has a child with estranged wife Amber Rose, whom West used to date.

Wiz Khalifa also responded when a twitter user said that Wiz was somewhere not caring about West’s commentary.