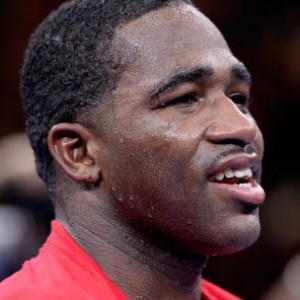 While speaking on past comments he made about battle rapper Daylyt being gay, boxer Adrien Broner was asked about Young Thug’s sexuality. During Broner’s interview with Vlad TV, a past tweet from Thugger, one in which he tweeted about “smoking penises,” was brought up.

Despite Thug’s comments about “smoking penises,” Broner shared his belief that Young Thug is not gay. At one point in the interview, the athlete revealed that both he and Young Thug have had relations with the same women.

In conclusion, Broner referred to Young Thug as “a marketing genius” over his controversial comments.

"Young Thug ain't gay,” Adrien Broner said. “He's actually one of the thoroughest niggas out here, that I hear, to be honest. He just got a different language or a different understanding with his self…Listen, bottom line is Thug ain’t gay. We done messed with some of the same women before…Listen to me, Young Thug is a marketing genius. And he got you. He definitely got you. And in some ways I look up to him for that because I like to market myself too. And coming from the hood, he ain’t doing nothing but hustling.”

Prior to speaking on Young Thug, Broner recalled battling Murda Mook, and defeating the battle rapper.

“I’m 1-0 in the URL League…I fucked him [Murda Mook] up,” he said. “He know that. Yeah, he wasn’t prepared. He thought I was joking because I told him I wanted to battle him and he was down for it. I called Smack and everything. And I had actually just fought—I had just won my third world title against Paulie Malignaggi. And then that morning we went to the battles. And yeah, he wasn’t ready. He had a few good lines, but he wasn’t fully prepared like he usually be. I kinda caught him off guard, but I’mma take my victory…He actually wanted a rematch, but I can’t give him that.”