DMX Has A Pop Smoke Collaboration On Deck: “That’s What Type Of New I’m Doing” New York rap legend DMX has returned, and he’s got some heavy hitters lined up for his comeback album. The list of features for his new project includes Griselda members Conway The Machine, Benny The Butcher and Westside Gunn, plus a posthumous cameo from Pop Smoke.

DMX Album To Feature Some Of New York’s Finest

At 50 years old, DMX was asked by fellow rap veteran Noreaga if he would have any “new generation” artists featured on his upcoming album. The Dog named the Buffalo-based Griselda group, along with Brooklyn’s late Pop Smoke.

“I got the Griselda boys, Pop Smoke. That’s what type of new I’m doing.” 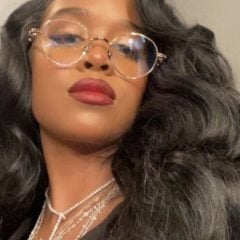 DMX Coming Back After Almost A Decade

DMX hasn’t dropped an album since 2012’s Undisputed. In the time between then and now, he’s been arrested a handful of times, he’s been in and out of drug rehab, he’s spent time in prison for tax fraud and failure to pay child support, and he did a Verzuz with Snoop Dogg. 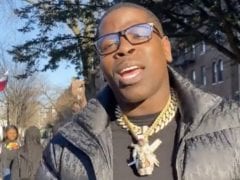 Grammy-winning producer Timbaland knows his Verzuz series is a pretty big deal right now. The hip-hop hitmaker went online to celebrate the success of the DMX and Snoop matchup bringing in massive streams.

“I wanna say from the bottom of my heart

Timbaland also shared his thoughts on an imagined Verzuz between music icons Mariah Carey and the late Whitney Houston.