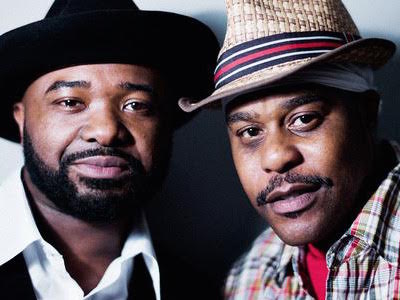 Nice & Smooth is gearing up for its “30th Anniversary Tour.” Set to kick off May 7 at The Shaskeen in Manchester, New Hampshire, the first leg of the tour will feature Greg Nice and Smooth Bee embarking upon their first significant tour in more than a decade.

“I think it was much needed,” Greg Nice says during an exclusive interview with HipHopDX. "I think there were a lot of cats that got a chance to hear the music but didn’t get a chance to attend the venues [when we were first coming out in the mid-1980s]. Some of them might not have been out and about like that. Some of them might have been too young to get in the club, so it’s a chance for them to see some of this stuff. We’re definitely gonna give it to them like they’ve never seen it before.”

“It’s definitely official coming together at this time because we can touch certain people that we haven’t got the opportunity to perform for,” Smooth Bee adds. "It’s just a good time for it with the resurgence of everything in Hip Hop. I think it’s needed.”

Nice & Smooth emerged in the mid-1980s with the songs “Dope On A Rope” and “Skill Trade.” Greg Nice and Smooth Bee resurrected the harmonizing style made popular in the 1970s by such Rap groups as The Cold Crush Brothers, Funky 4 plus 1 and The Treacherous Three. Nice & Smooth employed the style on such hit singles as “Funky For You” and “More And More Hits” from its self-titled 1989 album and “Sometimes I Rhyme Slow” and “Hip Hop Junkies” from its Ain’t A Damn Thing Changed album in 1991.

As the duo prepares for its tour, it looks back to the formative years of what would become the Rap music industry.

“We’ve been doing what we’ve been doing since we’ve been kids and that was a time and era that was sort of the beginning of this sort of music,” Greg Nice says. "So just like any other music that might have been around 60, 70 years now, we’re following in the same footsteps. It’s becoming that type of music. You’ve got people that’s grown up to us that knew those songs when they were out in the club, out and about in college. At the same time, you’ve got different stations that’s playing music today that are what you wanna call ‘classic retro Hip Hop,’ so that’s making it better.”

Nice & Smooth’s “30th Anniversary Tour” flyer and the first leg of its tour itinerary are as follows, as is a video promoting the tour: 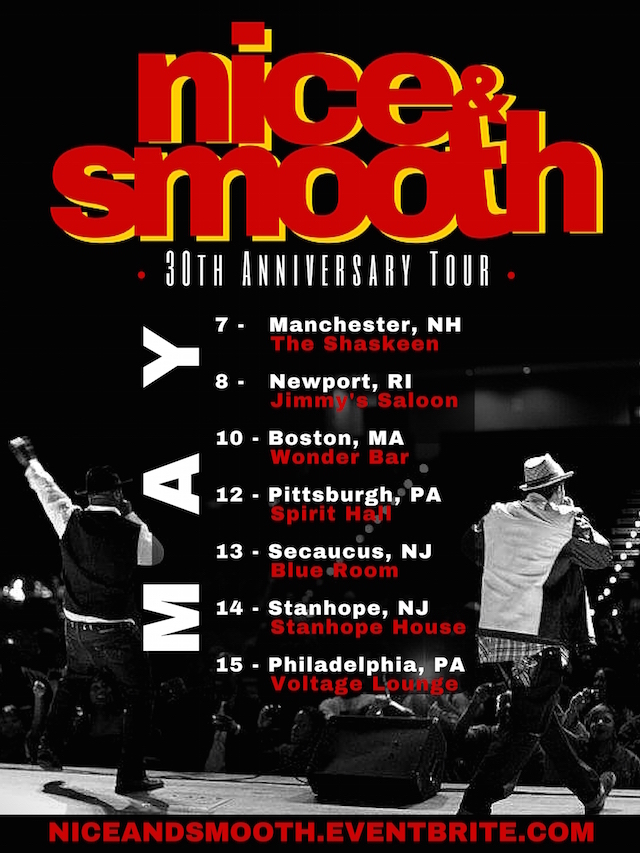 May 7  The Shaskeen  Manchester, NH